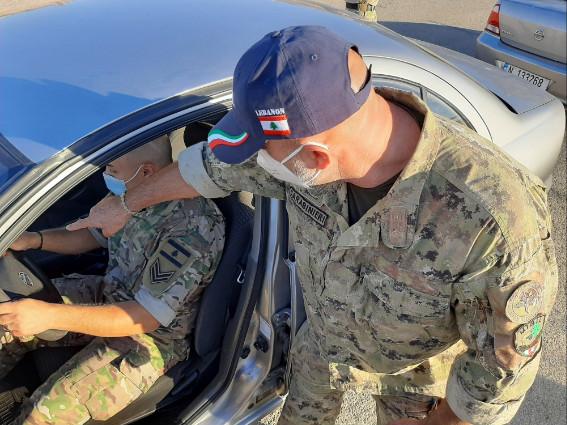 The closing ceremony of the "Enhanced Close Protection Team" course took place at the base of the Lebanese Presidential Guard Brigade in Beirut, in the presence of numerous Lebanese authorities, the commander of the Italian Bilateral Military Mission in Lebanon (MIBIL), Colonel Andrea Mazzotta and the military attaché for Defense in Lebanon, Colonel Marco Zona.

The training activity was conducted by a Mobile Training Team of Inter-Force Command for Special Forces Operations (COFS) composed of instructors from Special Forces departments of the Army, Navy and Arma dei Carabinieri.

In particular, instructors of the 9th assault regiment "Col Moschin" (EI), del Incursion Operational Group (MM) and from Special Intervention Team of the Carabinieri, leader of this activity, who trained thirteen members of the Presidential Guard, a unit that has the task of guaranteeing the security of the President of the Lebanese Republic.

As part of the numerous activities carried out, several periods were dedicated both to learning specific safety driving techniques of the presidential escort convoy, with particular reference to defensive driving techniques and to the procedures necessary to manage dangerous and emergency situations, as well as learning the techniques for using the shooters to protect the escort device in an urban environment, through the conduct of syncro-fire ed helisniping and the establishment of shooting stations in different urban contexts.

The excellent results achieved in the training project, completed through the adoption of scrupulous anti-contagion measures from SARS-COV2, were unanimously recognized by the numerous military authorities involved, helping to further consolidate the link between the Italian Armed Forces. , the MIBIL mission and the Lebanese Armed Forces.

In the presence of the air squad general Nicola Lanza de Cristoforis, deputy commander of the Operational Command of ...
712
Read

It took place on the afternoon of last Saturday, June 18, at the multipurpose hall of 'Camp Singara', the base that ...
278
Read

On 19 May, the European Multi Mission Frigate Carlo Bergamini received a distress call from the ...
932
Read