MIADIT PALESTINE: the mission of the carabinieri in the Middle East resumes 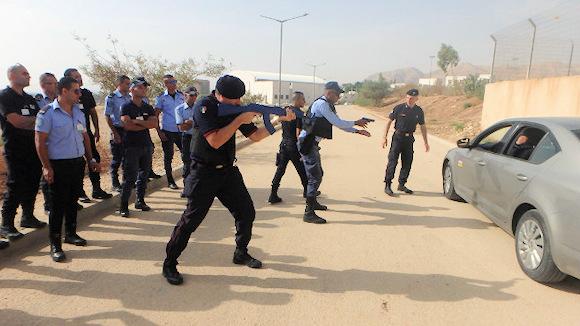 After almost a year and a half of forced interruption due to the covid-19 pandemic, in the first days of October 2021 the training activity of the Carabinieri in favor of the Palestinian Security Forces resumed under the name of MIADIT PALESTINE 13.

The activity stems from a bilateral agreement between the Italian Ministry of Defense and the Palestinian Ministry of the Interior, according to which carabinieri belonging to departments mainly employed in foreign theaters (1st parachute regiment, "Special Intervention Group", 7th "Trentino Alto-Adige" regiment and 13 "Friuli-Venezia Giulia" regiment) and to other departments of the line Territorial mainly used in the control of the territory, prevention and repression of crime, as well as by soldiers of the TPC (Cultural Heritage Protection), NOE (Ecological Operating Unit), carry out training cycles in favor of the Palestinian security forces, such as the Presidential Guard, National Security Force, Palestinian Civil Police, General Military Training Commission and Touristic Police.

Given the constant and strong tensions between Israelis and Palestinians persisting in an ever complex geopolitical framework, a notable diplomatic as well as operational capacity is essential. The Miadit, a mission made up exclusively of carabinieri, aims to facilitate the Palestinian authority to build police forces capable of dealing with the daily actions of prevention and repression of crimes. 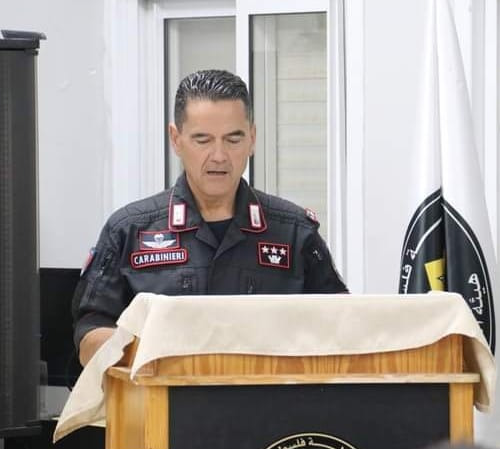 The Miadit mission has managed over the years to win the trust of the Palestinian authorities who appreciate the results of the training received and that quid pluris that the Italian armed forces know how to express at their best. It also managed, with many difficulties, to make people understand that the training is not for the benefit of the Palestinians and to the detriment of the Israelis, but all parties can confront each other and benefit in terms of security and this was also appreciated by the Israeli authorities. in a concrete way.

The training activity consists of theoretical and practical lessons on code of conduct, communications, police procedures, territorial control, escort and protection procedure, road traffic, planning and management of anti-drug and organized crime activities. , safe driving and negotiation. There are also training cycles on the protection of cultural heritage as well as police operations in urban areas.

The col. Marco Di Stefano, in this regard, specifies that "The protection of cultural heritage and the fight against environmental crimes are the two sectors in which more incisive action is needed and on which we are fighting a lot, because there is still too little knowledge on these issues".

The programs also include specialized modules for the protection of cultural heritage, respect for human rights and for gender issues. There are also courses for the training of instructors, many of whom end the course in Italy at the Center of Excellence for Stability Policing Units (CoESPU) of Vicenza.

In Palestine the Arma dei Carabinieri has been contributing for several years to raising standards and the level of preparation in the security sector and this is recognized by all Palestinian and Israeli authorities.

In the presence of the air squad general Nicola Lanza de Cristoforis, deputy commander of the Operational Command of ...
820
Read

It took place on the afternoon of last Saturday, June 18, at the multipurpose hall of 'Camp Singara', the base that ...
291
Read