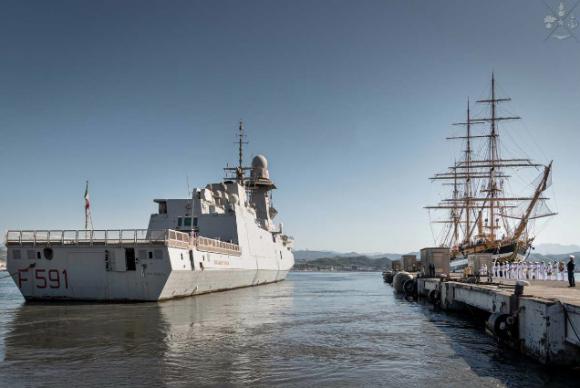 Yesterday, September 20, Ship Virginio Fasan returns to La Spezia after having participated in EUNAVFOR Somalia operation Atalanta in the dual role of ship seat of command of the 40th rotation and gregarious in direct support of the 41st rotation.

Waiting for her on her arrival at the naval base was the captain of the vessel Marco Corsi, chief of staff of the command of the first naval division (COMDINAV UNO), and the notes of the institutional marches performed by the garrison fanfare of the Northern maritime command. Numerous family members of the crew members, ready to hug their loved ones again after three months away.

The deployment in the area of ​​operations lasted 91 days, for a total of 14.242 miles traveled, in which the women and men of the Nave crew Fasan have provided a decisive contribution to the activities carried out by Task Force 465 in the Area of ​​Operation, in addition to taking advantage of the valuable training challenges that have arisen during the mission and which have seen the Navy frigate conduct 6 joint activities with the navies of Great Britain, United States, Spain, Japan, South Korea, Indonesia and Oman in order to improve procedures and interoperability guaranteeing maritime safety. 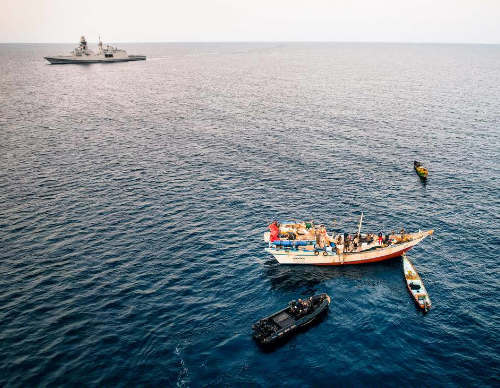 During these months, so-called operations of Friendly Approach (FA) e From the Boat Approach (FBA), that is the approach of the ships of the Task Force with the local civilian navy, in some cases only via radio, in others with meetings on board, which represent a substantial part of the efforts conducted to get in touch with the local maritime cluster and to better understand the maritime life model in the Operations area.

The presence of Nave Fasan contributed to the deterrence of illegal activities in the waters of the Somali Basin and the Gulf of Aden by showing rapid and effective ability to intervene in critical situations to safeguard the crews of Merchant Marines around the world.

In this operational context, the Fasan it has also carried out important actions of Naval Diplomacy e International cooperation at the ports of Djibouti, Salalah, Muscat, Manama and Abu Dhabi, fueling the great attention that the Country System places towards the civil and military partners of the aforementioned countries. 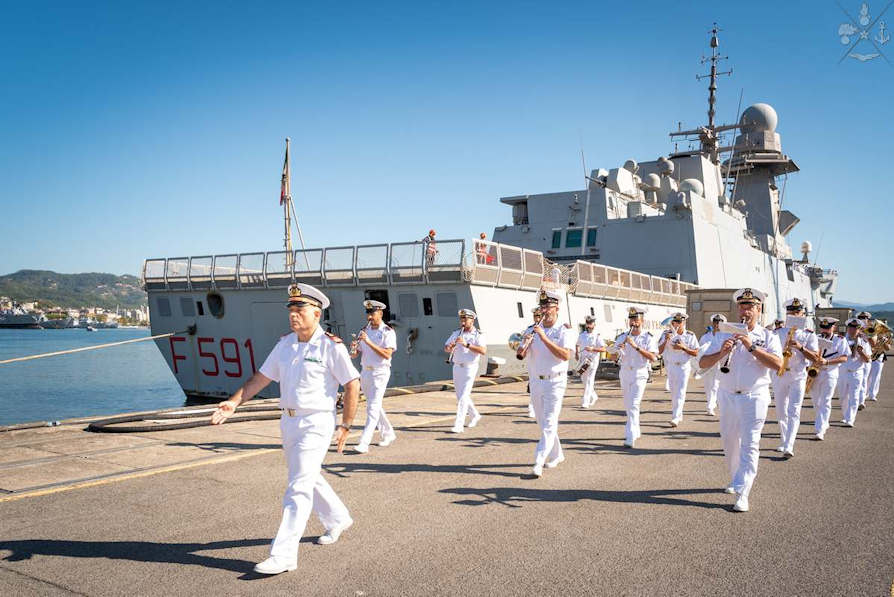 As part of the Naval Diplomacy activities carried out by the assets of the Safe Mediterranean operation, from 19 to 22 ...
17
Read

On the day of September 26, at the Gjorce Petrov barracks in Skopje, the ambassador of Italy, Andrea Silvestri ...
53
Read