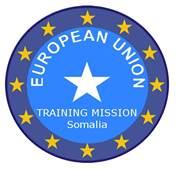 As part of bilateral relations and cooperation between Italy and Somalia, a sober ceremony took place today at the international airport of Mogadishu, during which materials and equipment were donated to the Army and the Federal Government Police of Somalia.

This aid is part of Italy's commitment to international initiatives to safeguard Somalia's peace and stability, plagued by a long civil war. In this context, Italy is strongly involved in the EU Mission called European Union Training Mission in Somalia (EUTM Somalia) as it provides, in addition to the commander gen. Brig. MINGIARDI, the 60% of staff.

EUTM Somalia carries out its functions in the framework of the EU's global commitment to respond to the basic needs of the Somali people and to strengthening and stabilizing local institutions.