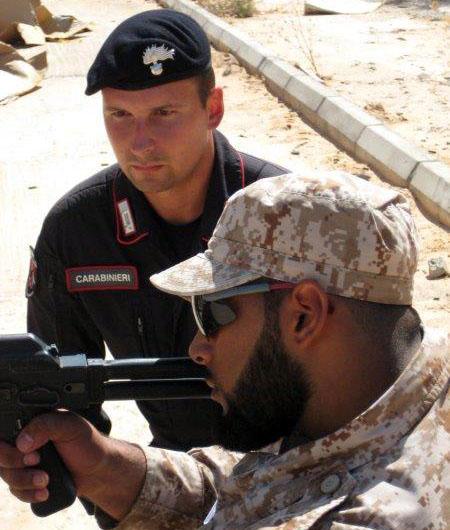 In the past few days, the first courses of the year 2014 completed by the staff of the Carabinieri in favor of Libyan patrons as part of the training mission in Libya.

The carabinieri of the Italian Military Mission in Libya (MIL), coming from the 2 ^ Mobile Brigade, trained the police and border guards (border guard). The activity, which began in November 2012, is carried out towards young people who want to contribute to the reconstruction of the country.

A team of twelve students carried out a course aimed at the use of fighting techniques in built-up areas and in particular in the mopping up of houses. During the final exercise a check was carried out on a building consisting of numerous houses that ended with the arrest of a criminal. Just over 100 are the soldiers of the trained border guard and about 500 those of the national police (including the diplomatic police) since the beginning of the activity.

Nine agents from archaeological sites in Tripoli and Sabratha have instead attended a two-week tourist police course. The training of this course aimed to prepare the agents for the defense of the sites, the control and arrest of the criminals and the inspection during the crimes committed against the protected property.

The February 13 course ended in favor of the diplomatic police. A class of 26 students carried out a four-week training exercise in the handling of weapons, in the techniques of search and arrest, execution of checkpoints and VIP protection. The diplomatic police was born in January 2013 and has the main task of protecting the embassies. During the final exercise the accompanying of a VIP at a conference, the attack and the subsequent reaction of the escort was simulated. In total, 50 Agents have been trained. 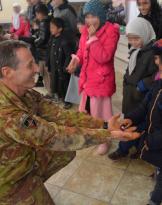 Joint training between UN quotas was conducted from 13 to 17 January - in particular ItalBatt ...
303
Read

Operational readiness, reactivity, interoperability, flexibility of use, ability to cooperate, effectiveness in ...
828
Read