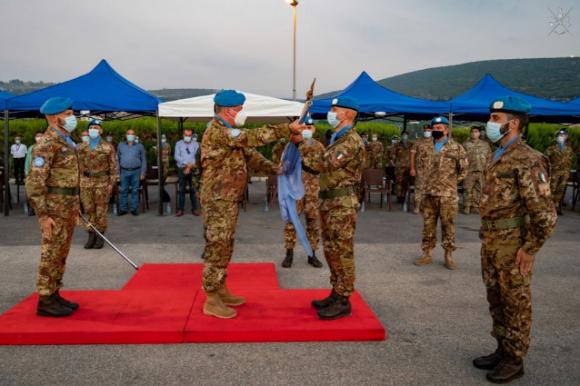 The change in leadership of ITALBATT, the maneuvering component of the Italian contingent in Lebanon as part of the UNIFIL mission, the United Nations interposition force deployed in southern Lebanon, took place at the Italian base in Al Mansouri.

The head of mission and commander of UNIFIL, Major General Stefano Del Col, sealed the event with the symbolic passage of the United Nations flag between Colonel Paolo Scimone, commander of the "Nizza Cavalleria" (1st) regiment of Bellinzago Novarese ( NO) - transferor, and Colonel Marco Licari, commander of the 66th “Trieste” aircraft infantry regiment of Forlì - successor.

In the presence of the banner of the "Nice Cavalry" (1st) and the War Flag of the 66th "Trieste" infantry, Major General Stefano Del Col wanted to thank Colonel Scimone for the effectiveness with which the unit has achieved all the objectives of its mission, fulfilling them in a delicate and complex context such as the Lebanese one, made even more difficult by the country's economic crisis and the ongoing pandemic emergency.

With the participation of gen. ba David Morpurgo, deputy commander of the DACCC of Poggio Renatico, at the Distinguished ...
210
Read