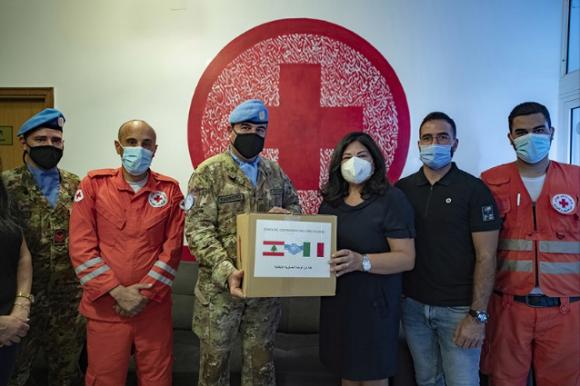 Over 46 basic food items, equal to about 30 and a half tons of food packaged in 1.500 packages to be sent to needy people and families in South Lebanon, are the result of the special donation of the Italian contingent of the mission in Lebanon.

The initiative started yesterday in Tire with the delivery of the first 60 "food kits" to the Red Cross of the local municipality.

In the coming weeks, the Blue Helmets will continue their activity according to a distribution plan designed to reach the most needy citizens through the volunteers of the Red Cross and the communities of all the main religious confessions present in the area of ​​operations of the Italian contingent.

The foodstuffs, purchased with funds from the Italian Ministry of Defense, were packaged in special sealed packages in compliance with the health and hygiene requirements for loading and transporting on board UN vehicles.

"Despite the risk to their lives and to Covid, once again the Italian soldiers have demonstrated that they are bearers of a culture of peace and solidarity that has reached the hearts of us Lebanese, demonstrating with deeds feelings of sincere brotherhood", began the president of the Red Cross of Tire, Mouzayan Silklawy Ajami, in his welcome speech delivered in the presence of the commander of the Italian contingent in Lebanon, Brigadier General Andrea Di Stasio. 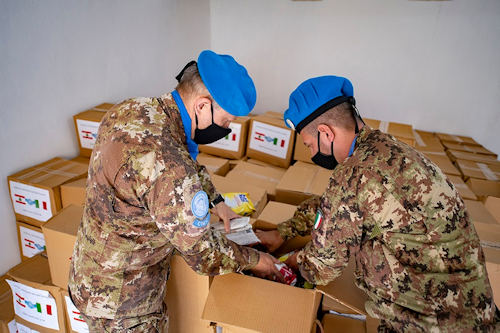 Heartfelt and unanimous thanks was given to Italy and to the Italian peacekeepers for the great attention and proximity to the local population in such a particular situation, which once again sees the most fragile people exposed.

"It is in this context that the idea of ​​a concrete response of the Italian contingent towards the Lebanese people was born, also following the numerous requests received directly from the institutions and the local population during meetings with the main governmental and religious authorities of the territory ", General Di Stasio said.

Referring to the aims of the initiative, Di Stasio underlined the extraordinary need and urgency of "A real gesture that arises from the desire to put the dignity of people at the center, especially the poorest, for whom food is not a comfort, but a vital primary need, such as freedom and health". 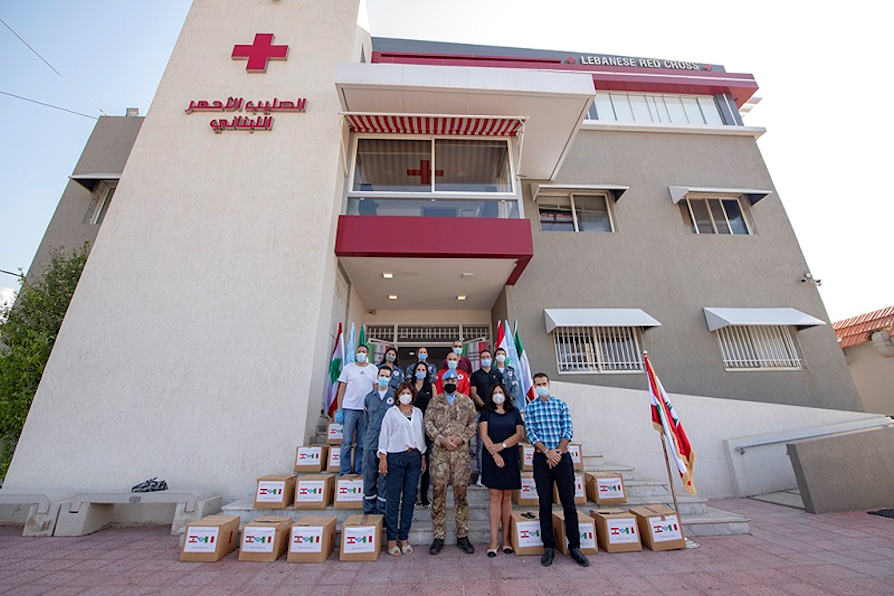 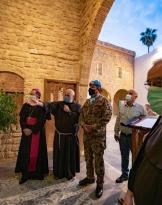 Today in the municipality of Tire the inauguration ceremony of the architectural redevelopment of ...
46
Read 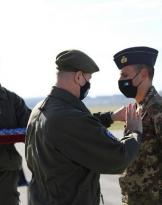 About 300 Common Security and Defense Policy (CSDP) Service Medal delivered in the morning of October 23 to ...
81
Read 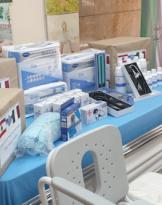 Lebanon: donation to a psychiatric hospital

Medicines and orthopedic-sanitary material were donated by the Italian contingent of Unifil to the psychiatric hospital ...
31
Read 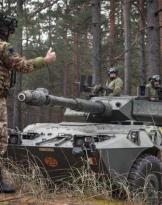 In recent days, the multinational exercises called Iron ... have been held in the training area of ​​Camp Adazi.
624
Read 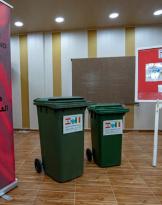 Lebanon: Blue Helmets in support of the environment 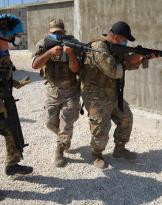 As part of the Unifil mission in Lebanon, the soldiers of the 3rd Bersaglieri Regiment of Italbatt organized and ...
261
Read 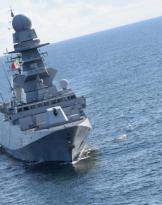 Gulf of Guinea: the Martinengo frigate intervenes to rescue a merchant ship attacked by pirates

Yesterday, 23 October, in the Gulf of Guinea, the Martinengo frigate of the Navy intervened to rescue the ...
3109
Read 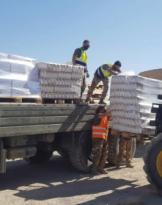 The Multinational Land Force, based on the Julia Alpine Brigade, handed over to General Abdul Raouf Arqandival, commander ...
138
Read 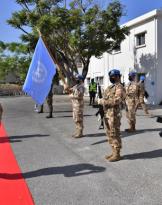 UNIFIL celebrates the 75th anniversary of the United Nations

It was celebrated yesterday in Naqoura (Lebanon), in the presence of Major General Stefano Del Col, head of mission and ...
78
Read 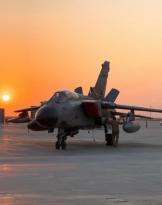 At the Ahmed Al Jaber air base, in Kuwait, in the presence of the commander of the Italian National Contingent ...
614
Read