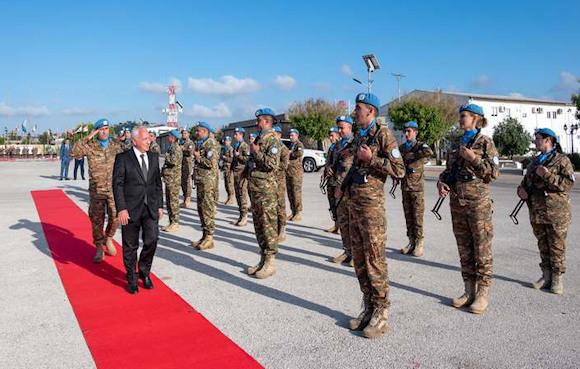 The ambassador was welcomed by Brigadier General Massimiliano Stecca, commander of the Sector and of the Italian Blue Helmets, with whom he stopped for a brief interview and the signing of the Roll of Honor.

Personnel belonging to the Armenian contingent serve at home at the "Army Peacekeeping Brigade" and participate in the Leonte Mission, starting from 2014, following a memorandum of understanding between the Italian and Armenian Ministry of Defense. 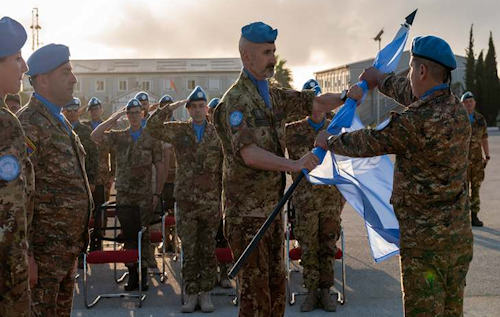 The Armenian Blue Helmets contribute to the "Force Protection" of the Shama base, home to the headquarters of Sector West.

The Italian contingent operates in Lebanon with impartiality and transparency, close to the Blue Line (blue line), demarcation line with Israel, to ensure stability in the area for over 15 years, monitoring the cessation of hostilities, assisting and supporting the Lebanese Armed Forces (LAF) and providing support to the local population also through numerous CIMIC projects .

In the presence of the air squad general Nicola Lanza de Cristoforis, deputy commander of the Operational Command of ...
574
Read