Home News armed forces Missions Lebanon: the patrol of the Blue Helmets is ... 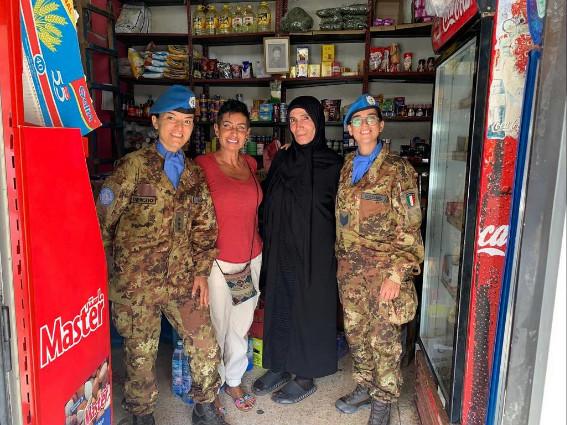 The Blue Helmets of the Italian contingent of UNIFIL (the United Nation Interim Force in Lebanon), currently on a brigade base Aosta, they have already started a program from Market Walk, that is, foot patrols in market places, inside the villages located in the area of ​​operations of South Lebanon.

The activity consists in ensuring the presence and circulation of UN military personnel in the main streets of the villages, in the markets and in the major aggregation centers, in order to increase the perception of security for the population and bring the military component closer to the local communities.

Already from the first experiences of Market Walk, the feedback from the population has been very positive, making the presence of the military, in general, appear differently.

The program of Market Walk it is part of the activities of assistance to the Lebanese population, which is one of the main tasks established by resolution no. 1701 of 2006 of the United Nations Security Council, together with the monitoring of the cessation of hostilities between Lebanon and Israel and support for the Lebanese Armed Forces.

This is an operational activity in all respects which, together with the so-called classic motorized and foot patrols, contributes to guaranteeing presence and surveillance on the territory. Furthermore, they allow an interpersonal relationship with the population, allowing to obtain input from it to understand their needs more fully. To this, over time, the LAF (Lebanese Armed Forces) have been added which, in addition to guaranteeing an appropriate security framework for peacekeepers of UNIFIL, has also allowed them to immerse themselves even more in the social fabric.

Over time, this type of patrol has been accompanied by the Community Engagement Walk, activities carried out by military personnel specialized in the engagement of the civilian population, with the aim of making the community in which they operate understand what the aims and pillars of the mission they conduct on behalf of the United Nations are, as well as that of understanding and analyzing them once how the population perceives the presence of peacemakers on the territory. 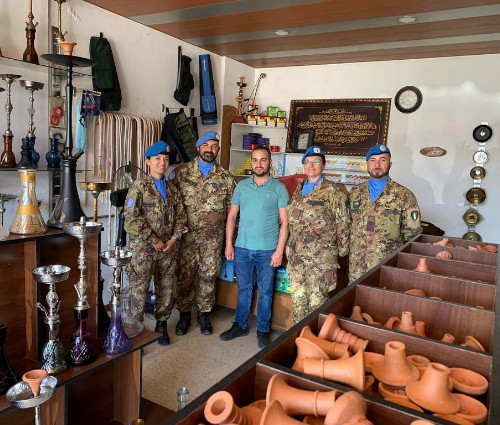 Furthermore, during these activities, purchases are made by soldiers, useful for moving the local micro economy, the benefit of which is felt above all in the less commercially developed rural areas.

To these activities are added those of civil and military cooperation (CIMIC) for the planning and implementation of aid projects to the population, the needs of which emerge thanks to the daily meetings that the commanders at various levels hold with the representatives of the civil and religious authorities of South Lebanon (Key Leader Engagement). Of the latter, about 200 have been conducted since the beginning of the year in the brigade-led area of ​​responsibility Aosta.

As far as relations with the population are concerned, another important element is the strong presence of female personnel among the military of the Market Walk and Community Engagement Walk which facilitates the possibility of reaching the most reluctant sections of the population to have contact with UNIFIL Blue Helmets, such as women, the elderly and children, ensuring a better assessment of needs and requests by local authorities, also in compliance with what has been established from resolutions no. 1325 of 2000 and no. 2242 of 2015 of the United Nations Security Council which plan to ensure a significant participation of women in all aspects of operations, as well as to increase their number.

The Italian mission in Lebanon led by a mechanized brigade Aosta, in his third term in the Land of the Cedars with the colors of the United Nations, is responsible for the West Sector UNIFIL in which 3.800 UN peacekeepers operate from 16 of the 48 contributing countries to the UN mission and of which over 1.000 Italian UN peacekeepers are members.

The activities carried out in the Operative Theater are conducted under the coordination and according to the directives given by the Interoperable Summit Operations Command (COVI), led by the general of the army corps Francesco Paolo Figliuolo.

On the day of September 26, at the Gjorce Petrov barracks in Skopje, the ambassador of Italy, Andrea Silvestri ...
81
Read

In the week from 19 to 23 September, at the Floriana base, a mobile training team from the Operational Group ...
162
Read