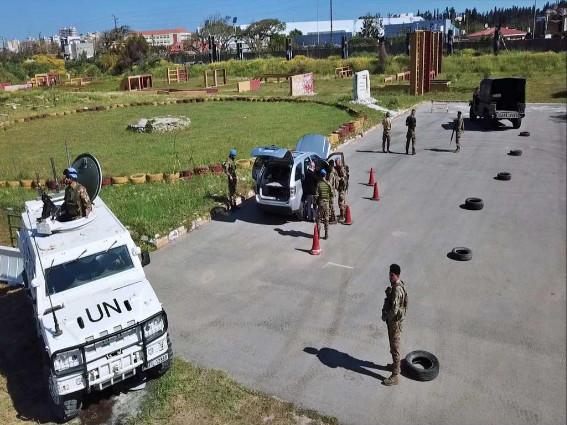 Joint patrolling, escorting convoys and checkpoints; These were the training themes that saw the Italian Blue Helmets of the Italian maneuver battalion (ITALBATT) operate shoulder to shoulder in the West Sector of UNIFIL with the Lebanese Armed Forces (LAF) near Tire.

The activity, in white, lasting a week, saw the Italian soldiers train with their Lebanese colleagues in order to perfect cooperation, interoperability and coordination, essential to be able to operate synergistically during the daily activities that are conducted within the Operations Area.

The training session ended with the delivery of the Certificates to the Lebanese colleagues by the commander of ITALBATT (based on the lagoon regiment Serene), Colonel Claudio Guaschino.

The joint activity (operational and training) with the Lebanese Armed Forces is foreseen by UN resolution 1701 and is part of the tasks assigned to UNIFIL Blue Helmets with the aim of increasing the interoperability and capabilities of LAF personnel and by UNIFIL. These activities are also conducted with joint patrols along the Blue Line (demarcation line between Lebanon and Israel) and in the entire Area of ​​Operations between the Litani River in the north and the Blue Line in the south.

The Italian mission in Lebanon is currently led by a cavalry brigade Pozzuolo del Friuli, in his sixth term in the Land of the Cedars with the colors of the United Nations, and is responsible for the West Sector of UNIFIL in which 3800 UN peacekeepers operate from 16 of the 46 contributing countries to the UN mission and of which about 1.000 Italian soldiers are part of.

The Italian Blue Helmets operate in Lebanon with impartiality and transparency, close to the Blue Line (blue line), the demarcation line with Israel, to ensure stability in the area for over 15 years, monitoring the cessation of hostilities, assisting and supporting the Lebanese Armed Forces (LAF) and providing support to the local population.

In the presence of the air squad general Nicola Lanza de Cristoforis, deputy commander of the Operational Command of ...
477
Read

It took place on the afternoon of last Saturday, June 18, at the multipurpose hall of 'Camp Singara', the base that ...
238
Read

On 19 May, the European Multi Mission Frigate Carlo Bergamini received a distress call from the ...
840
Read 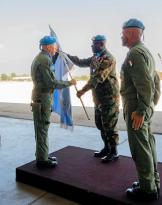