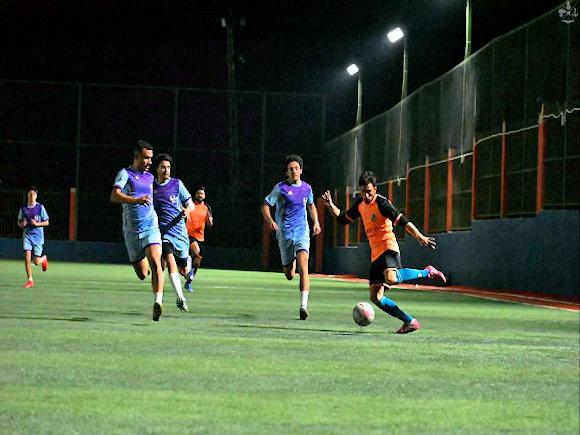 As part of the many activities in support of the local population, the inauguration of a civil-military cooperation project (CIMIC) concerning the football field in the village of Ayn B'Al, a municipality in the area of responsibility of the Western Sector of UNIFIL led by Italy.

The beginning of the inauguration ceremony was marked by the cutting of the ribbon by the commander of Sector West, Brigadier General Massimiliano Stecca and the mayor of Ayn B'Al, Hatem Basma.

The inauguration ceremony continued with the unveiling of a commemorative plaque and with a friendly meeting that saw General Stecca and the mayor of Ayn B'Al symbolically kick off. The local authorities thanked the Italian Blue Helmets for their proximity to the Lebanese population and the constant moral and material support: sport represents health, aggregation and discipline, all values ​​that help to create a fair growth for our young people and at the same time a better company said the mayor of Ayn B'Al.

The project, financed with Italian funds, involved the supply and installation of various materials, among which the most important is represented by the lighting system of the sports facility.

The event organized and conducted by Cell G9 of the Sector West command is part of the intervention and essential support activities for the civil administration of the sport and culture sector and aims at strengthening the places of social gathering. 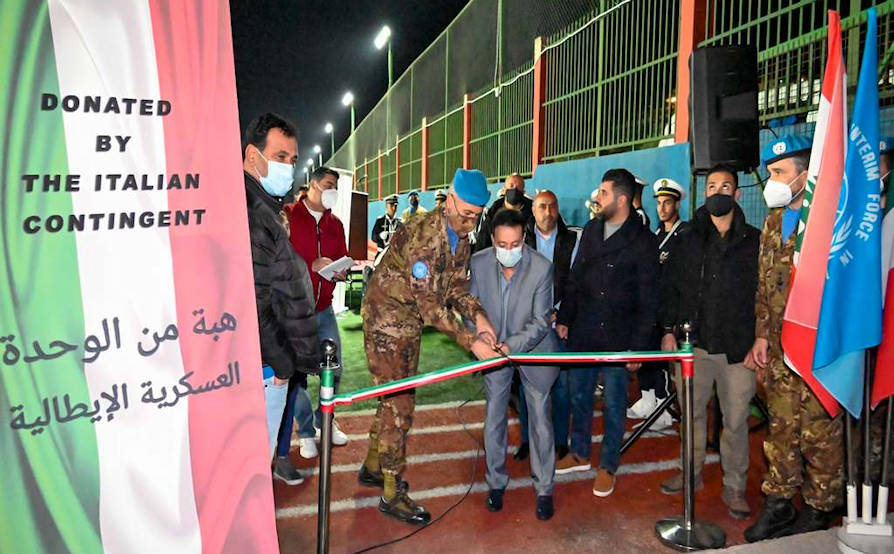