Lebanon: change of the Italian contingent of UNIFIL 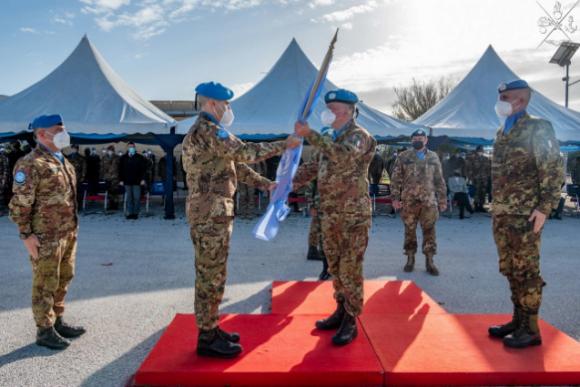 The “Friuli” aircraft brigade handed over to the “Pozzuolo del Friuli” cavalry brigade the command of the “Leonte” operation as part of the UNIFIL mission, the United Nations interposition force deployed in South Lebanon.

The handover between the commander of the "Friuli", brigadier general Stefano Lagorio, and the commander of the "Pozzuolo del Friuli", brigadier general Massimiliano Stecca, took place in the "Millevoi" base in Shama during a ceremony presided over by head of mission and commander of UNIFIL, general of division Stefano Del Col who in his speech stated that for the fulfillment of the objectives of resolution 1701 of the UN Security Council, the Italian peacekeepers “They worked with enthusiasm to establish an excellent understanding with the local authorities and day after day they improved relations between UNIFIL and the Lebanese Armed Forces by carrying out joint operational and training activities with them. Furthermore, the important number of civil and military cooperation activities and gender equality activities have made the UN peacekeepers acquire the unanimous consent of the institutions and the local population, as also recently recognized by the United Nations Secretary General ". 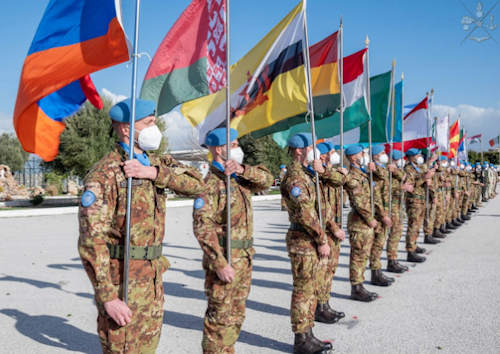 In fact, support activities for the weakest sections of the population have been made more consistent with the critical issues caused by the deterioration of the socio-economic fabric of the country.

During the mandate of the aircraft brigade, the close coordination between the Key Leader Engagement activities conducted by the commanders, the cell Civil and Military Cooperation and the officer Gender has made it possible to develop long-term projects in favor of female entrepreneurship and the production of photovoltaic energy, aimed at effectively supporting the micro-economy, education and health in the area.

General Del Col urged the men and women of the cavalry brigade to continue in the path traced by the previous contingents, operating with balance, professionalism, impartiality, diplomacy, effectiveness, credibility and respect.

The "Pozzuolo del Friuli" cavalry brigade, on its sixth mission in Lebanon with the colors of the United Nations, assumes command of the Western sector of UNIFIL in which 3.800 "Blue Helmets" of 15 of the 46 contributing countries to the UNIFIL mission operate. 1.000 Italian soldiers are part of it.