Lebanon: change at the top of the UNIFIL command 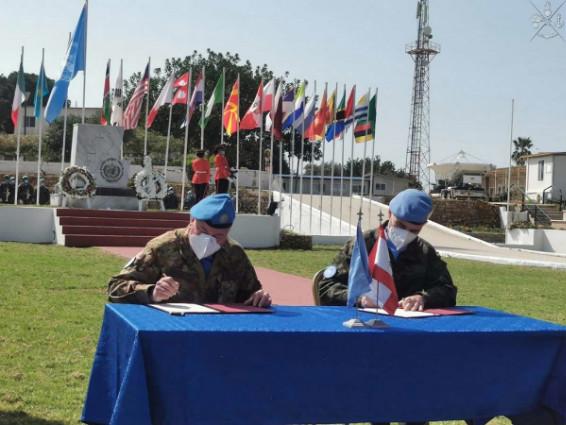 This morning, in Naqoura, the headquarters of the UN command of the UNIFIL Mission, the alternation ceremony between Major General Stefano Del Col, head of mission and commander of the outgoing Forces, and the incoming Spanish Army General Aroldo Lázaro Sáenz.

The undersecretary of defense sen. Attended the event on behalf of the Italian government. Stefania Pucciarelli, the ambassador of Italy to Lebanon Nicoletta Bombardiere. Also present were the Spanish Defense Minister, María Margarita Robles Fernández with her Army Chief of Staff and the highest civilian and military authorities of Lebanon including the Lebanese Defense Minister Maurice Sleem and the commander of the Lebanese Armed Forces (LAF) General Joseph Aoun.

General Del Col assumed command of UNIFIL in the summer of 2018, fulfilling the fourth mandate which since 2007 has seen an Italian commander take over the leadership of the Blue Helmets in southern Lebanon. After more than three and a half years of intense and industrious leadership, he hands over command to General Lázaro, delivering an operational theater that more than any other area of ​​community interest, in recent years, has undergone important changes, as well as characterized by great challenges that have required a constant effort to maintain stability along the Blue Line, center of gravity of the mission.

Numerous significant moments, from the discovery of tunnels that crossed the Blue Line in 2018, to the explosion in the port of Beirut in 2018 where UNIFIL provided a significant contribution to the removal of the rubble, the clearing and the safety of the area, up to the tensions due to frequent aerial violations and missile launches from Lebanon to Israel, up to the onerous action to combat and emergency management of the impact of the COVID-19 pandemic on the area of ​​operation. 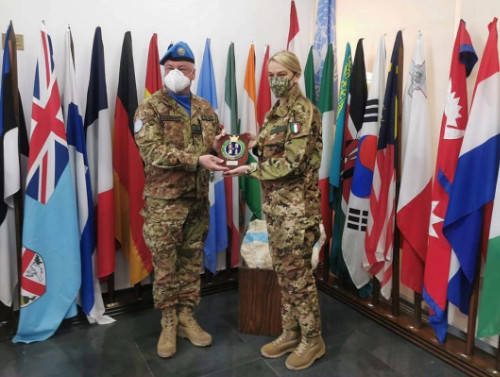 A commitment that in such a complex framework, as recently recognized by the Secretary General of the United Nations, António Guterres, went beyond the fulfillment of the mandate by confirming the peacekeepers military and civilians in the Operation Area and on UNIFIL ships at the helm of gen. Del Col, as a guarantee of balance in ensuring open channels of communication to reduce the tension between the parties and prevent serious escalation in a country where stability remains vulnerable.

"From the point of view of security, I am leaving a country that has not seen war for 16 years"General Del Col observes, however, remembering that "... the last rockets launched from Lebanon towards Israel were last August: the crisis is around the corner, but also thanks to UNIFIL the situation is stable and I leave the country with the knowledge that both sides do not want to unleash a 'other war ".

"My hope is that we can move from this situation in a permanent ceasefire, in an evolving peace process ... The path to peace is not easy ... UNIFIL supports it".

In his greeting the mission commander thanked the government of Lebanon for the support received as well as local civil and religious leaders, as well as the local population, for the trust placed in the mission, underlining that "In Lebanon we must have the courage to look forward to the future, turning our backs on the past, in order to build a future of peace for the two countries".

Among the memories that thehead of mission e force commander of UNIFIL outgoing will bring with it the warmth of the locals. "In Lebanon there are difficult situations also from the human point of view - tells - we have also worked with schools with people with disabilities, I will remember the smiles of the children ".

The frigate Carlo Bergamini returned to Taranto on 2 July at the end of a long period of assignment ...
240
Read