Home News armed forces Missions Lebanon: change to the command of the contingent ... 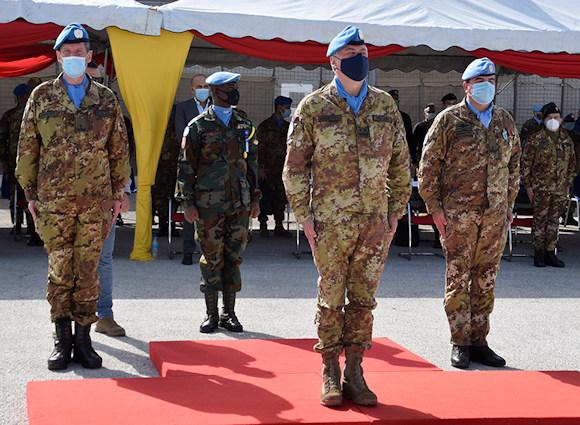 The "Sassari" brigade handed over to the "Taurinense" alpine brigade the command of the "Leonte" operation as part of the UNIFIL mission, the United Nations Interposition Force deployed in South Lebanon. The handover between the commander of the " Sassari ", brigadier general Andrea Di Stasio, and the commander of the" Taurinense ", brigadier general Davide Scalabrin, took place at the" Millevoi "base in Shama during a ceremony presided over by the head of mission and commander of UNIFIL, general of division Stefano Del Col, with the participation of the Ambassador of Italy to Lebanon Nicoletta Bombardiere, of the Chief of Staff of the Army, General Salvatore Farina, and of Lebanese civil and military authorities.

In his speech, General Farina, after greeting the Minister of Defense Lorenzo Guerini, and the Chief of Defense Staff, General Enzo Vecciarelli, outlined the six-month mandate of the multinational contingent led by the "Sassari" brigade , praising it "The exceptional work carried out to achieve the objectives during the mission which, despite the COVID, was fulfilled in the best possible way, providing assistance and support to the armed forces and the Lebanese people" and underlining the historic link between Italy and Lebanon, "To which, with pride, we have been linked since the time of the first peacekeeping mission established in 1978". 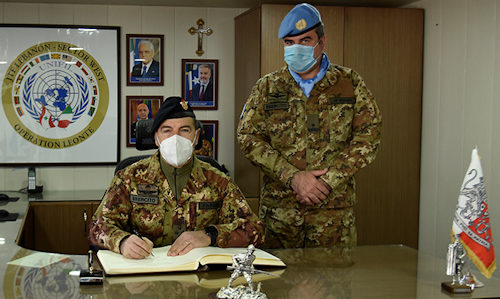 The Army Chief of Staff later highlighted "The effectiveness of the intervention in the moments immediately following the tragic explosion in the port of Beirut on August 4", when a convoy of the Italian contingent, in coordination with the Joint Forces Operations Command, entered Beirut to rescue Italian and United Nations personnel and, later, to support the Lebanese armed forces in cleaning and removal of rubble accumulated in the port area and in other areas of the capital. General Farina also emphasized the importance of the work carried out alongside the Lebanese Armed Forces (LAF). "If all together, UN peacekeepers and the Lebanese Armed Forces, continue to work together, they will be able to win every challenge to ensure peace, stability and progress in this wonderful country".

The Army Chief of Staff then addressed the Alpine troops of the "Taurinense", exhorting them to continue on the path traced by the previous contingents and to demonstrate the peculiarity of the Italian way in peacekeeping operations, “Conducted with balance, professionalism, impartiality, diplomacy, effectiveness, credibility and respect. The consolidated success of the UNIFIL mission ", Farina concluded," is due to the dedication, sacrifice, sense of duty and responsibility of each peacekeeper, but above all to the extraordinary capacity for dialogue and interaction of the Italian military with all components of society present in the variegated Lebanese mosaic ". Appreciation and gratitude to the men and women of the Western sector of UNIFIL for the "Results obtained in the field", were expressed by the head of mission and commander of UNIFIL. 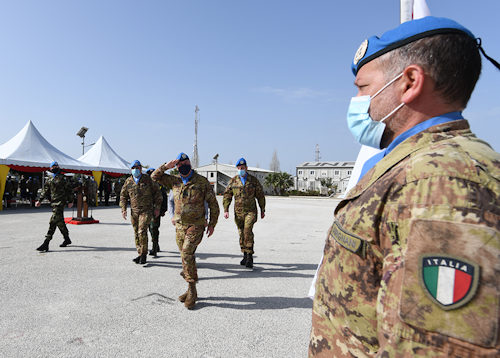 As for the "fragile situation" that reigns in southern Lebanon, "Considering the delicate political, economic and social context which has further aggravated due to the ongoing health emergency", General Del Col defined the progress of the mission in the "Land of the Cedars" as "extraordinary", thanks also to the role played by the Italian peacekeepers in ensuring, with impartiality and transparency, the monitoring of the cessation of hostilities and strategic cooperation with the forces Lebanese armed forces for the security and stability of the area, especially along the "blue line", the dividing line that separates Lebanon from Israel. "To this is added the constant search for the unanimous consent of the local population through the implementation of civil-military cooperation projects"Del Col said, in compliance with UN Security Council resolution 1701 and resolution 2539 of 28 August last, which, in addition to renewing the mandate of UNIFIL for another year, "Laid the foundations for further synergy between the mission and the parties towards the mandate objectives".

Referring to the dynamism and complexity of the civil-military cooperation interventions carried out in favor of the population, General Del Col underlined the distinctive features of the mission of the "Sassari" brigade, "Characterized by the action to combat the COVID emergency in the area of ​​responsibility, with particular attention to the support of public structures and the support of the micro-economy in the territory through the development of projects that have favored the launch of a virtuous self-sustainability building, useful for tackling the difficult economic crisis the country is going through ". 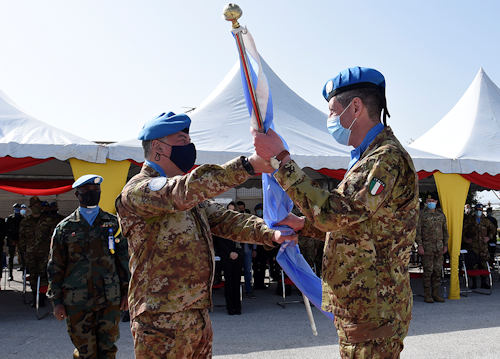 The success of the mission was also recognized by the Secretary General of the United Nations, António Guterres, who in a message sent to General Del Col highlighted "The absolute balance reached by the 'blue helmets' between the pandemic emergency, the fulfillment of the mandate and even going beyond the mandate of UNIFIL, with assistance to the Lebanese armed forces following the explosion at the port of Beirut".

Before the ceremony, positioned in the green space in front of the base's headquarters, the Army Chief of Staff inaugurated a monument depicting a cross and a crescent, in memory of the interreligious meeting entitled "A common path towards peace perpetua ”, held in October in the Shama base, which saw the representatives of the main monotheistic religions present in southern Lebanon gathered around a table.

The "Taurinense" alpine brigade, on its second mission in Lebanon with the colors of the United Nations, assumes command of the Western sector of UNIFIL in which 3.800 "blue helmets" of 16 of the 45 contributing countries to the UNIFIL mission operate. The multinational contingent includes 1.000 Italian soldiers, 800 of whom belong to the "Taurinense" alpine brigade. 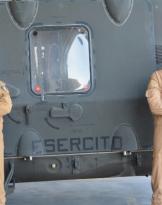 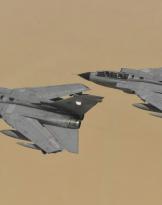 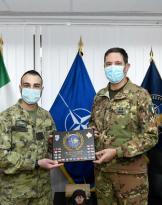 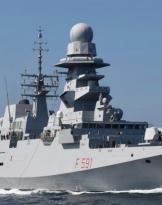 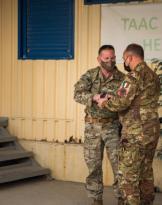