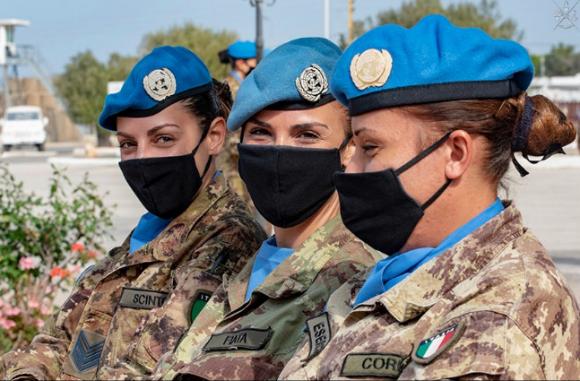 In the Millevoi base in Shama, the contingent of the Western sector of UNIFIL held a ceremony on the occasion of the 20th anniversary of Resolution 1325 on “Women, peace and security”, unanimously adopted on 31 October 2000 by the United Nations Security Council.

Recognizing the fundamental role of women in the prevention and resolution of conflicts, providing for their greater participation in the processes of maintaining peace and international security through the adoption of a gender perspective was the theme of the event, which was attended by the commander of the Italian contingent in Lebanon, brigadier general Andrea Di Stasio, and a representation of women peacekeepers of the 16 nations operating under the command of West Sector.

General Di Stasio stressed that the presence of women peacekeepers, being perceived as less invasive, thanks also to an innate highly empathic relational ability able to overcome cultural barriers, "It is a guarantee of greater sensitivity and awareness of the needs and concerns of the communities with which they come into contact". 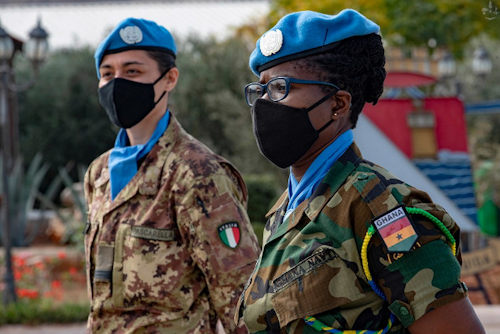 During the ceremony, the concrete steps taken towards gender integration were noted, in implementation of the resolution 2433 of 2018 of the United Nations Security Council which provides for a significant participation of women in all aspects of operations and an increase in the workforce of units.

In 2006, only 2,5% of UNIFIL peacekeepers were women. Today, 14 years after the start of the second phase of the Unifil mission, out of a total of approximately 10.300 UNIFIL, the female presence is around 6%, while in the West Sector brigade-led Sassari is greater than 7%.

Among the 45 countries contributing to UNIFIL troops, Ghana has the highest number of women in uniform (110), followed by Indonesia (65), Italy (50), France (46) and Malaysia (35), while between civilian personnel (about 800 units) the percentage of women reaches the threshold of 30%.

More than 4 tons of pasta were distributed by the soldiers of the Italian contingent of UNIFIL to two houses of ...
34
Read

100 days were particularly intense those just passed by the European contingent in Somalia, in which it is ...
566
Read