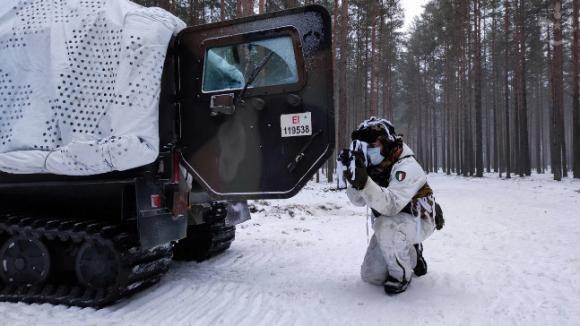 The Alpine troops of the Italian Army, as part of Operation "Baltic Guardian", conducted a series of training activities aimed at consolidating their readiness and developing interoperability within the battle group with a multinational connotation.

Basing the training on a principle of progressivity, the amalgamation process was perfected, aimed at building a cohesive, credible multinational force capable of acting as a deterrent and, where necessary, of integrating the defense instrument of the Host Nation (Latvia) .

The training courses were developed in several phases, which involved individual, collective and synergistic training with the enablers of the NATO Forces, reaching intermediate objectives, which allowed gradually to test scenarios and tactics of increasingly higher complexity, deserving the appreciation. of the Enhanced Forward Presence Battle Group (eFP Latvia).

The Alpine troops of the Italian Army, characterized by the ability to operate on snow, ice and in adverse climatic conditions for prolonged periods, have proved to be a useful tool for conducting operations in a compartmentalized environment with a wooded connotation.

These peculiarities, combined with the use of tracked tactical vehicles such as the BV 206 / S7, performing in difficult terrain and suitable for shape, structure and performance to ensure the full mobility of the troops and their safety in case of movement on foot, constitute a useful tool for the conduct of operations.