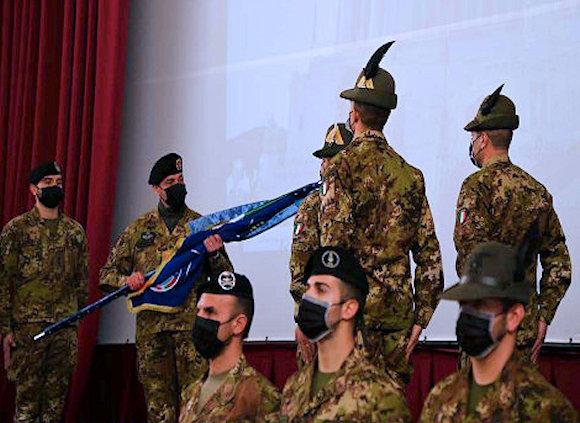 "It was an honor and a privilege to serve Italy at your command", with these words Lieutenant Colonel Giovanni Graziano closed his speech of thanks to his department before delivering the pennant of the Baltic Task Group in the hands of Lieutenant Colonel Claudio Blardone, with the simultaneous transfer of command of the Italian contingent in Latvia.

The ceremony for the transfer of authority, held today, was attended by the Ambassador of Italy to Latvia, Stefano Taliani de Marchio, the military attaché responsible for the territory, Colonel Raffaele Forgione, and all the military authorities of the ten contributing countries starting from Commander of the Latvian Mechanized Brigade, Colonel Sandris Gaugers.

To the contingent, on a bersaglieri brigade basis Garibaldi, a joint formation enucleated by the Alpine brigade took over Taurinense which will continue its commitment in Latvia for the next six months. In thanking everyone for the support and closeness, the transferring commander retraced the six months of mission, intense of commitments, spent in the Baltic territory and studded with the successes achieved by his unit. 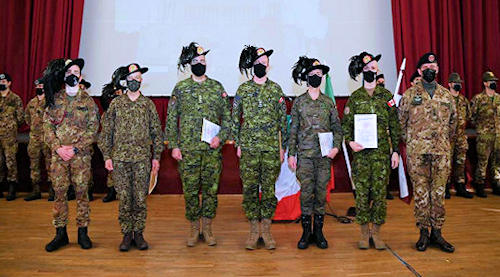 First of all, he claimed the very high level of preparation and skills of the personnel demonstrated in all the training and operational activities conducted by the Italian company under the tactical command of NATO eFP Battle Group Latvia.

The credit earned in the field by the Italian contingent was also rewarded with a whole series of honors paid, in favor of the most distinguished personnel, both by the Canadian commander of the Task Force Latvia, Colonel Jean Francois Cauden and by the commander of the Latvian brigade, Colonel Sandris Gaugers.

Great appreciation was expressed by the commander of the Latvian brigade, Colonel Gaugers, who addressed words of praise for the behavior on the operational field of the Caserta Bersaglieri and for the social commitment that aroused the warm applause of the Latvian community.

The pride of the Italian ambassador to Latvia was evident, who wanted to thank Commander Graziano for what he had done and for the day-to-day and fruitful relationship of collaboration that the military contingent has woven and cultivated with the embassy.

Nave Caio Duilio has recently crossed the Pillars of Hercules, undertaking the oceanic route that will bring unity ...
50485
Read

With the last two courses in favor of the National Police of Djibouti (PND), the activities of the section ...
425
Read

The Eurofighters of the “Black Storm” Task Force Air, located at the Mihail Kogălniceanu airport in Constanta - Romania ...
3150
Read

"Italy at the command of NATO Mission Iraq confirms the excellence of our country's Armed Forces at the level ...
843
Read

A technical meeting was held today at Camp Villaggio Italia during which the engineer of the ...
408
Read

In recent days, the commander of the West Sector of UNIFIL Lebanon, Brigadier General Massimiliano Stecca, has ...
427
Read