The Slovenian ambassador for Kosovo visits the RC-W contingent 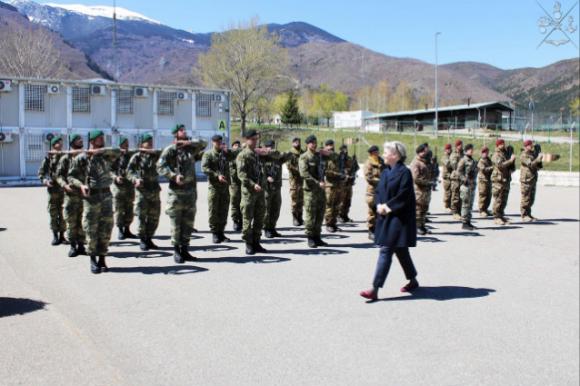 The Slovenian ambassador for Kosovo Slovenian for Kosovo Minca Benedejčič, visited the Camp Villaggio Italia base, headquarters of the KFOR Regional Command West (RC-W) where the Slovenian contingent is currently also engaged in the NATO operation "Joint Enterprise ".

The ambassador, accompanied by her daughter Živa Benedejčič, was received by the commander of RC-W, Colonel Marco Javarone of the "horse" land artillery regiment of the brigade Pozzuolo del Friuli.

The visit saw the ambassador participate in an "office call" with Colonel Javarone in which the future employment of the Slovenian military in the Balkans was discussed and at a lunch during which Benedejčič expressed words of thanks and appreciation for the meritorious work carried out by the multinational contingent.

KFOR remains focused on the daily implementation of its mandate in order to contain and prevent damage that could threaten the safety of Kosovar citizens and their freedom of movement, in accordance with the provisions of UN resolution 1244 of 1999, which authorizes the NATO mandate in Kosovo.

The frigate Carlo Bergamini returned to Taranto on 2 July at the end of a long period of assignment ...
225
Read