Home News armed forces Missions The Navy for the first time in G ...

The Navy for the first time in Gabon with Nave Marceglia 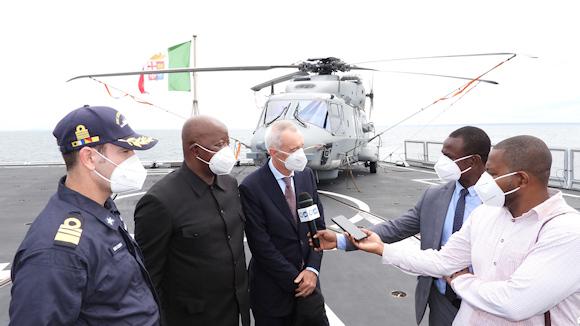 On November 19, 2021, scope of operation Gabinia, the Navy with Ship Marceglia arrived for the first time in Gabon, in the waters in front of Libreville, to train with the Gabonese Navy and receive on board for a greeting to the crew His Excellency Gabriele Di Muzio, Ambassador of Italy in Gabon, accompanied by the Minister of Defense of the Gabon, Michael Moussa-Adamo.

The ambassador was able to greet the ship's crew Marceglia and the commander. His Excellency addressed words of gratitude for the commitment of the Navy in the activity of presence, surveillance and security in the Gulf of Guinea, highlighting the strategic importance that Gabon has for Italy. He went on to congratulate him on the training and operational activity carried out so far by the ship's crew Marceglia, a "jewel of Italian technology and industry" which gives its service far from the country with honor and dedication to protect national strategic interests and to defend international maritime traffic against the threat of piracy, waving the Tricolor on African land, even beyond the Equator.

At the end of the address he gave the floor to the Minister of Defense of Gabon, who immediately congratulated him on the work done by the Navy which in this way contributes to the development of Gabon and, more generally, to the stability of the African continent. 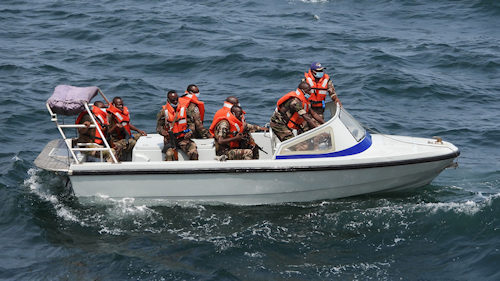 The Gabonese Defense Minister, formerly Gabon's ambassador to the US for about 10 years, underlined the fundamental role of Italy in advancing the maritime security agenda in the broader spectrum of international cooperation, promoted within the EU with the concept of CMP (Coordinated Maritime Presences) and G7 ++ Friends of the Gulf of Guinea. In addition, he stressed Italy's efforts in supporting Gabon aimed at strengthening the capabilities of its Navy in combating maritime piracy, illegal fishing, environmental crimes and all types of illicit trafficking. In fact, Gabon plays a key role in the surveillance of the Gulf waters, given the recurring piracy events that have occurred near its coasts.

During the visit, the opportunity was taken to present to the heads of the Gabonese Navy present, specifically to the Undersecretary of Defense of Gabon (the Admiral Amerin) and the head of naval operations (Commander Bekale), a presentation on the capabilities of the units of the FREMM class and the features and applications of the Virtual Regional Maritime Traffic Center (V-RMTC), platform of information sharing for the control of merchant traffic, promoted by the Italian Navy.

The speed of sharing information between operational structures in the area and the entities located on land, in particular between the MOC (Maritime Operation Center) and the COMM (Navy Operations Center), represents an effective tool for combating the phenomenon of piracy. . 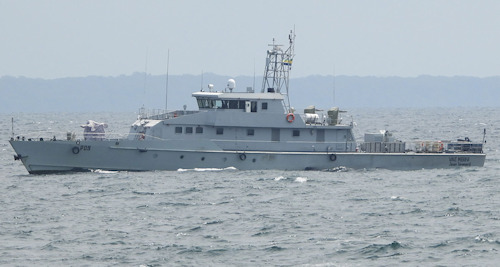 Simultaneously with the representative event, a joint exercise was held, PASSEX (Passing Exercise), in which Nave Marceglia interacted with the patrol vessel Vae Mbini of the Gabonese Navy, recently donated by the People's Republic of China. The training opportunity saw the units engaged in elementary and advanced kinematic maneuvers in a piracy scenario that resulted in a boarding exercise with insertion of the Boarding Team Gabonese.

In the initial part of the training event, Nave's minor craft Marceglia he pretended to be one skiff pirate intent on an attack on a freighter. Having received the danger report, the MOC of Libreville activated the Gabonese Navy to send a team of special forces to be placed on board with the aim of arresting the pirates and saving the kidnapped crew. The unit that had been alerted thus intercepted the "merchant ship" and, after numerous attempts not aimed at establishing communications, the Boarding Opposed, releasing the SBS (Special Boat Services) team via a quick minor medium.

The exercise with the Marine Nationale Du Gabon is part of the training activities aimed at increasing the interoperability capacity and the exchange of information between the assets deployed in the area to encourage collaboration between MOCs (Maritime Operation Centers) in the fight against piracy. At the end of the event, Nave Marceglia continued navigation within the Gulf of Guinea, where it continues to be engaged in the operation Gabinia to ensure presence on the high seas and to protect national interests and the safety of maritime routes. 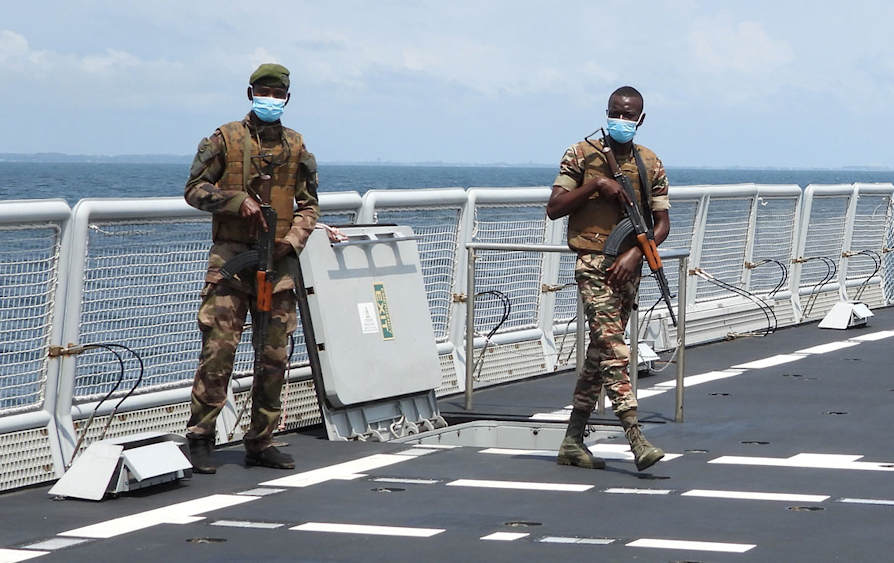 In the presence of the air squad general Nicola Lanza de Cristoforis, deputy commander of the Operational Command of ...
520
Read