Home News armed forces Missions Kuwait: works for the deployment of the SAMP-T 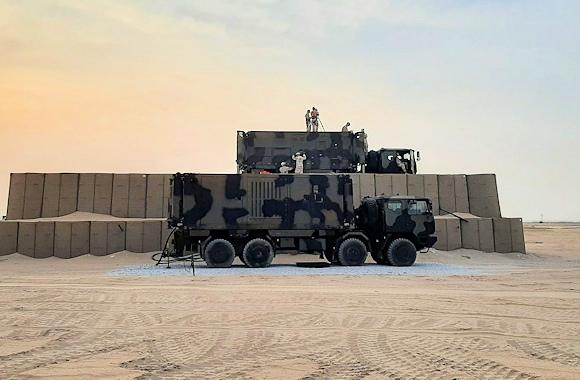 Preparatory work for the deployment of an Italian anti-missile battery is in full swing at the Alì Al Salem air base in Kuwait Surface to Air Missile Platfom / Terrain (SAMP-T) of the endoatmospheric segment (lower layer).

The activities fall within the scope of the operation Inherent Resolve / Prima Parthica and of the bilateral Cooperation with Kuwait and are aimed at increasing the Theater's Integrated Air and Missile Defense to protect the national forces and the Coalition deployed in the region in an anti-Daesh key, as well as the Host Nation.

A set of engineers of the Army, based on the railway engineer regiment stationed in Castel Maggiore (BO) and framed inItalian National Contingent Command Air (IT NCC Air) / Task Force Air Kuwait, is currently employed since last February in the preparation activities of both the operational area that will host the anti-missile battery and the logistics area.

In particular, the works made it possible first of all to fortify and protect a vast desert area of ​​airport grounds of about 33.000 square meters and 3 km of perimeter length through the excavation of ditches, the laying of concertina and earth walls reinforced with gabions metal Hesco type, and the installation of an integrated perimeter video surveillance system. Subsequently, the stands were built inside the operational area, also raised for a few meters, for the deployment of the three battery components (Command and Control systems (C2), sensors and interceptors) and the related primary urbanization works (electricity, water and sewage networks).

Lastly, the campalgenio component of the structure also provided for the building redevelopment of prefabricated masonry buildings to be used for office / accommodation use within the logistics area.

The frigate Carlo Bergamini returned to Taranto on 2 July at the end of a long period of assignment ...
232
Read

With the participation of gen. ba David Morpurgo, deputy commander of the DACCC of Poggio Renatico, at the Distinguished ...
215
Read