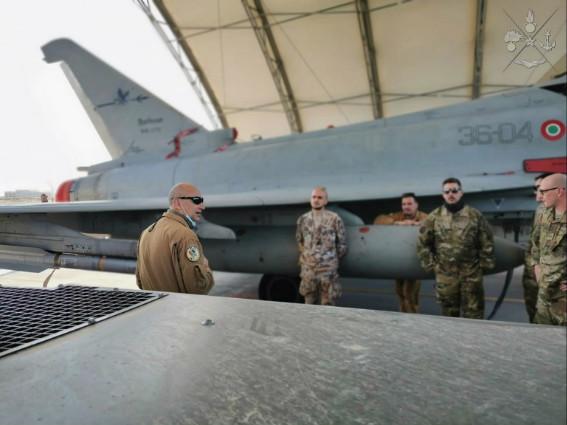 On February 15, at the Al Salem base in Kuwait, the Flight Safety Day dell 'Italian National Contingent Command Air (IT NCC-AIR), the day dedicated to Flight Safety of the Italian contingent deployed.

The activities began on the junctions and taxiways of the Al Salem air base, where the Italian assets operate, with the FOD Walk, the traditional walk carried out by the staff before the start of the flight activity, dedicated to visual research , discovery and collection of foreign objects which, in the event of an impact with aircraft in motion or taxiing, cause damage and accidents especially to their engines.

The main purpose of this activity, as illustrated by the flight safety officer of the Task Force Air (operational articulation within IT NCC AIR), is to increase the sensitivity of all personnel - and not only those who usually work at the flight lines - on the importance of flight safety in accident prevention and on problems related to flight activity.

The FOD Walk also represented a moment of close collaboration for the participating staff as well as making it possible to get to know other work environments, bringing heterogeneous realities closer to understanding the problems and risks associated with the movement of aircraft on the ground.

This specific activity is generally carried out on a monthly basis by IT NCC AIR personnel together with the other coalition soldiers present on the air base. 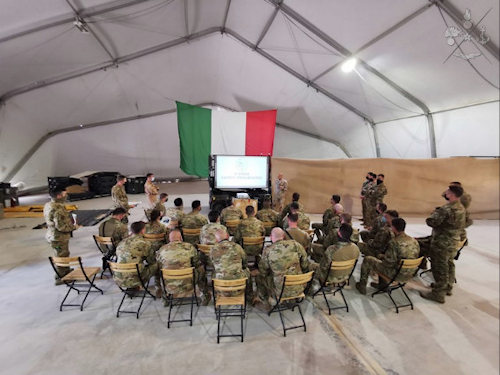 The day continued with a visit to the control tower where Kuwaiti air traffic controllers operate.

The control tower of an airport, with the staff who work there, is one of the players that contributes most to maintaining high standards of flight safety, having to manage the complex flight activity that sees many different assets fly daily.

In particular, in consideration of the amount of traffic to be managed at the Al Salem airport, consisting largely of coalition assets participating in the operation Inherent Resolve, it becomes even more necessary to create and stimulate synergy between all the components involved and jointly deal with specific problems related to Flight Safety e Air Traffic Management.

Precisely in order to refine the operating procedures and maintain high standards of safety and readiness of various actors, in the previous days, a MEDEVAC exercise was organized, in which a military injury was simulated with activation of rescue and subsequent transport. in the homeland of the wounded with military strategic vector.

Personnel of ROLE 1, of the JMOU as well as personnel of the operations office and flight crews of the Task Group Medal in this way they trained in these procedures to also highlight critical issues in the event of a real activation of a sanitary evacuation.

In the course of SV day, in the presence of the commander of the IT NCC AIR and of the TFA col. Federico Pellegrini then held a series of meetings and briefings by the SV officer of Task Force Air with the collaboration of the flight safety representatives of all the task groups used in the mission to which were added aliquots of personnel with various duties belonging to all the various units at risk.

Various topics were discussed relating to both aircraft activity, the context in which they operate and the associated risks as well as a statistical analysis of the events that occurred from 2014 to date with a particular outlook in the last year. 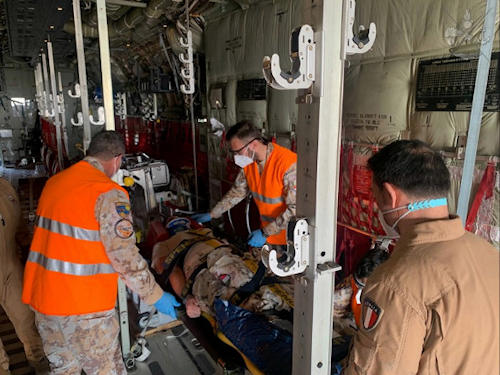 Such meetings culminated in the traditional SV Council, enriched for the occasion with a video conference with the Air Brigade General Di Marco Roberto, Inspector for Flight Safety for the Air Force who provided the audience with his address of greeting and gratitude for the importance dedicated to Flight Safety in the Operating Theater, reinforcing the concepts set out in the Policy Lines "Flight safety in the Air Force a modus operandi conscious challenge to the continuous evolution" of the Chief of Staff of the Air Force.

The activity of the Flight Safety Council it mainly involves verifying the effectiveness of the department's flight safety management system and facilitating the resolution of related problems for which coordinated intervention by various sectors of the organization is required.

It therefore represents a forum to support the commander's command action with the aim of proactively mitigating, and possibly also predictively, the risks to flight safety before these can translate into unwanted events.

In fact, as underlined by the commander of the IT NCC AIR during his speech at the end of the SV Council, it is of fundamental importance to continuously search for the maximization of the capabilities and operational effectiveness of flight operations, identifying the critical issues through the use of methodologies systems, thus seeking maximum operability with the highest degree of safety.

Therefore, in addition to questioning the cause and the way in which certain operating procedures are implemented, the Just Culture, that is the propensity to disseminate and report to the staff at all levels SV events, even those apparently of little significance.

Only through the maintenance of high safety standards on the flight in the operational theater will it be possible, thanks to the commitment and professionalism of each individual soldier, to continue to promote moments of discussion and comparison such as the Flight safety day.

The frigate Carlo Bergamini returned to Taranto on 2 July at the end of a long period of assignment ...
187
Read