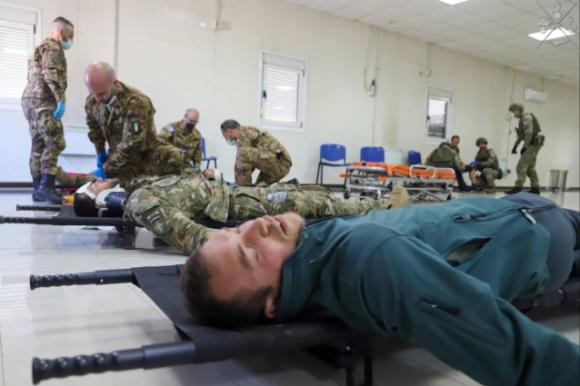 The military of the Regional Command West today concluded the “MASCAL” exercise, a joint rescue training and simultaneous evacuation of a large number of injured.

In particular, the exercise saw deployed at the Camp base Villaggio Italia Italian, Austrian, Slovenian and Croatian medical assets following a road accident with burning vehicles.

The emergency teams, after the intervention of the fire-fighting team, took the injured with makeshift vehicles to the "emergency casualty collection point" (CCP).

The activation of the “MASCAL” alarm, given by the operations room, brought the medical personnel in charge and the military with first aid skills to the CCP.

Here, while the very first interventions were carried out, qualified personnel performed triage (the process of classifying the injured according to an order of priority that guarantees priority of treatment based on urgency).

Without solution of continuity, the patients were sent by all available means to the infirmary of the base, the reference health point, to receive the first treatment and to be evacuated urgently to the higher level health point, in case of need for surgery. .

KFOR, in full compliance with its mandate descending from the UN resolution 1244 of '99, remains careful to maintain a safe environment in this area for all the communities of Kosovo and to support the development of the Kosovo Security Forces under its original mandate, namely that of a civil protection force within the broader Kosovo Security Organization. 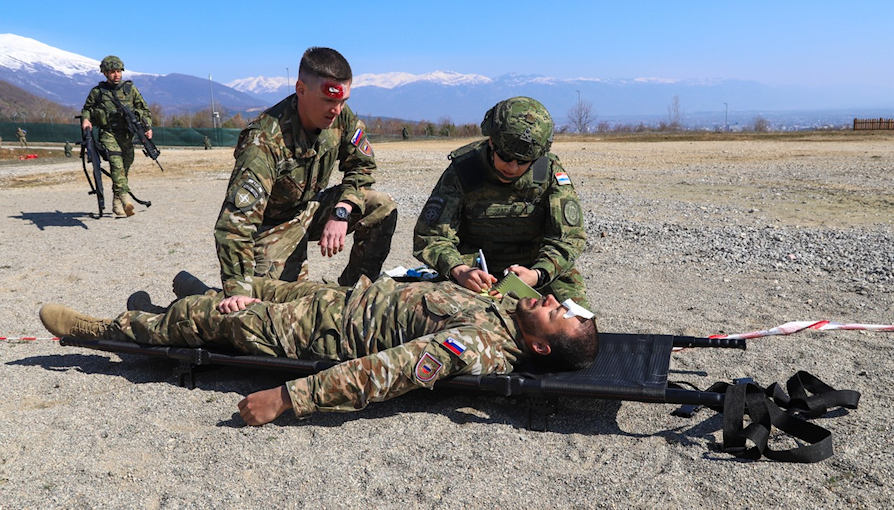 In the presence of the air squad general Nicola Lanza de Cristoforis, deputy commander of the Operational Command of ...
560
Read