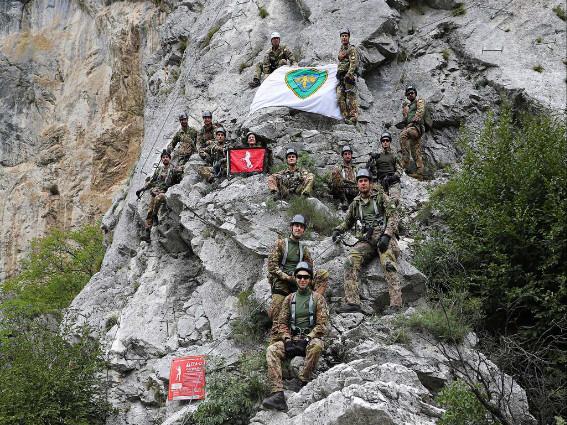 The regiment Piedmont Cavalry (2 °), at the helm of Regional Command West of K-FOR, celebrated San Maurizio patron saint of the Alpini, with a series of mountain training activities, which saw him protagonist in some routes and via ferratas in Western Kosovo, an area of ​​competence in the Operating Theater.

The regiment Piedmont Cavalry he thus paid homage to the Alpine troops and the glorious Alpine brigade Julia to which it proudly belongs since 2014 as an exploration unit.

The activity involved some selected teams of the regiment Piedmont Cavalry (2nd), of the 1st regiment Saint Mark and the foreign contingents of RC-W, who conducted reconnaissance and subsequent marches along paths, equipped and railed routes in the Rugova Valley.

The activity involves not only maintaining operational capacity, but also knowledge and monitoring of the area of ​​responsibility in the context of the operation Joint Enterprise.

At the headquarters of the Engineering Regiment in Beirut, in the presence of Colonel Farhat of the training directorate, of the...
83
Read

The training activity saw the units of the Battle Group Bulgaria engaged which, within the Novo Selo Training ...
210
Read