Kosovo: KFOR protagonist in the solution to the "license plate crisis" 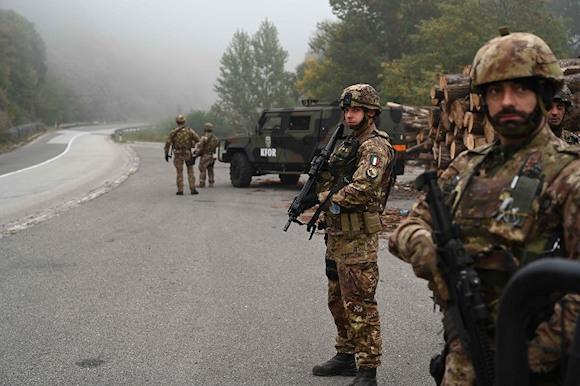 The NATO-led KFOR mission has completed the adoption of all planned measures in support of the implementation of the recent agreement on the reduction of escalation in northern Kosovo on the basis of the dialogue between Belgrade and Pristina facilitated by the EU.

Starting this weekend and for the next two, KFOR will maintain a robust and agile temporary presence in the area, in accordance with the aforementioned agreement and in line with its mandate - derived from UN Security Council Resolution 1244 of 1999, to guarantee a safe and secure environment and freedom of movement for all communities living in Kosovo.

In response to the development of tensions in northern Kosovo, which occurred in recent days after the Kosovar authorities decided that vehicles from Serbia had to be registered with provisional number plates valid for 60 days, as a reciprocal measure to the provisions for the entering Serbia, KFOR had already increased patrols along the main traffic routes affected by road blocks and had deployed units at the border crossings of Jarinje and Brnjak.

The Italian contingent is contributing to the control of the major communication routes with fixed and mobile safeguards capable of controlling, preventing and dissuading any restrictions on freedom of movement to and from the border crossings of Jarinje and Brnjak. In particular, units of the Regional Command West, based on 185 ° Paratrooper Artillery Regiment "Folgore", for checks on rolling stock, specialized units of the "ISR" (Intelligence Surveillance and Reconnaissance) battalion for information collection, the carabinieri of the MSU (Multinational Specialized Unit), as well as a team Counter Unmanned Aerial System (C-UAS) of the Army to protect against threats from remotely piloted mini and micro aircraft (drones). 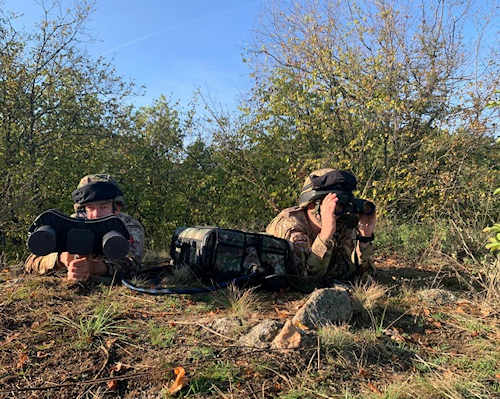 This structure has proved to be a resource that is adherent and functional to the activity carried out by the multinational staff of KFOR and by the Italian “yellow devils” who worked on the ground; specifically, the defense systems used by the Italian anti-aircraft artillery in support of the KFOR maneuvering forces were the Manpad "Nightfighter", anti-drone shoulder rifles that have the ability to be used in favor of both mobile and on foot.

The commander of KFOR, Major General Franco Federici, has conducted since the beginning of the tensions over the "license plate crisis", talks with all the parties involved to contribute to a rapid de-escalation of the situation on the ground with an intense action of dialogue, listening and proposals from which some fundamental points have been drawn to reach agreement in the context of the dialogue facilitated by the European Union.

Federici during an inspection at the Jarinje and Brnjak crossings proudly thanked the men and women of the Kosovo Force, underlining how much KFOR continues to be fundamental to keep the entire Kosovar territory stable and safe, declaring to the press present: “I can only express great satisfaction with the agreement reached by the parties after an intense and fruitful dialogue started here in Kosovo and concluded in Brussels as part of the facilitation promoted by the European Union and in perfect coordination with the NATO mission. KFOR remains focused on the day-to-day implementation of its mandate. "

In the presence of the air squad general Nicola Lanza de Cristoforis, deputy commander of the Operational Command of ...
516
Read