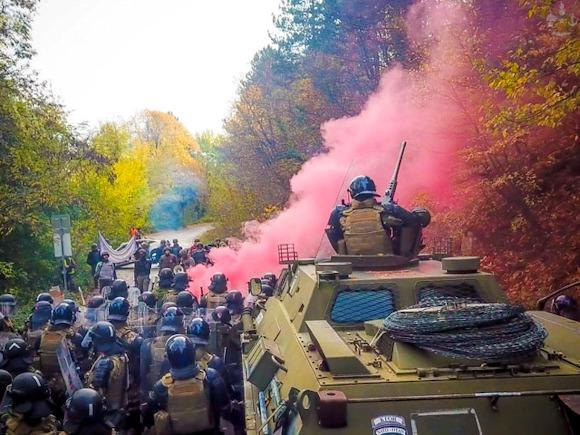 The Swift Lynx II exercise, conducted by the kinetic units of the Regional Command West (RC-W) and of the Kosovo Tactical Reserve Battalion (KTRBN), was held from the 12 to the 14 last November as part of the mission in Kosovo. tactical reserve deployed in Kosovo by NATO.

The orthodox Christian monastery of Visoki Decane, a symbol of the Orthodox Christian religion, from the UNESCO World Heritage Site 2004, whose security KFOR remains the main responsible, is the setting for the training activity.

The purpose of the activity is to train the units that make up the multinational contingents, to manage critical events, to maintain a high operational capacity and to increase the level of interoperability between the various structures employed.

For the conduct of the "Swift Lynx II" a scenario of "popular mobilization" was simulated, during which the forces exerted had to face a real escalation of disorders, implementing the security measures provided for the occurrence of such events.

The conduct of the exercise was divided into three phases. In the first phase the RC-W units operating on the ground were deployed, in order to increase the safety of the Visoki Dacane monastery; in the second phase, tactical reserve units were deployed, in support of the forces already operating on the ground; in the third and last phase a specific unit was used Freedom of Movement - Detachment (FOM-D), made up of engineering, logistics and health structures. 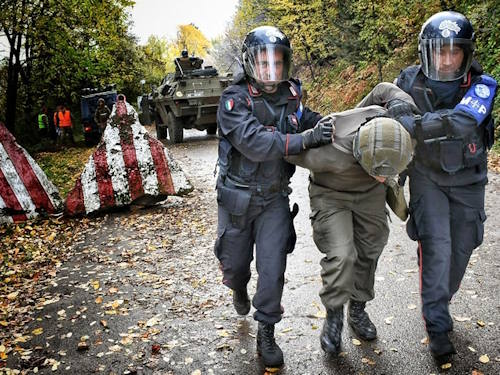 In this context, the task assigned to the FOM-D was to support the execution of the maneuver of the units used in crowd control. The latter, in fact, blocked by barricades erected "ad hoc" for the simulation of the training scenario, were forced to request the intervention of the aforementioned FOM-D structure which, in a first phase, through the use of an IED (Imprivised Explosive Device), carried out the reclamation of the barricades from the presence of explosive devices placed inside the same, removed at a later time through the intervention of a tracked vehicle of the Genius.

During the phases of the "Swift Lynx II" the rapidity of input of the forces in the area affected by the activity was evaluated, the integration of the tactical reserve in the RC-W maneuver device and the Command and Control function ( C2) exercised by commanders on the ground.

In this context, the exercise allowed to provide a rapid and effective response to the occurrence of actions that could threaten stability, security and freedom of movement in the area of ​​operations.

Standing NATO Maritime Group 2 returned to the sea after the winter break. The Naval Group, consisting of four ...
294
Read 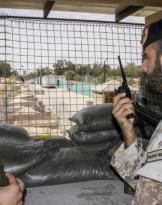