Kosovo: the new commander of RC-W meets the local authorities 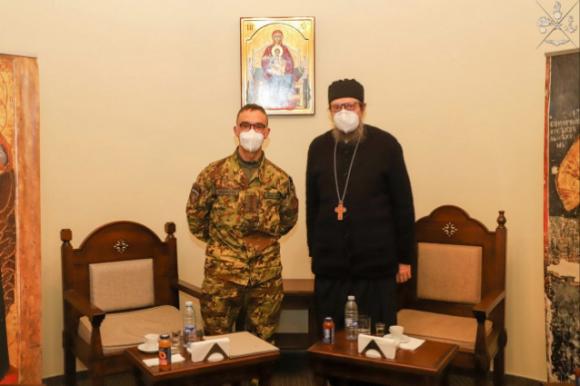 The commander of the Regional Command West (RC-W) of KFOR, Colonel Marco Javarone, who took over the leadership of the RC-W of the NATO mission called Joint Enterprise on January 16, 2022, this week concluded two important meetings with the mayor of the municipality of Mamuşa, Abdülhadi Krasniç and with Father Sava Janjić, Abbot of the Visoki Dečani Monastery.

The main topic addressed in both meetings was the rapid spread of COVID-19 in Kosovo, the consequent appeal of the National Institute of Public Health for all citizens to wear masks and be vaccinated (the only options to prevent the epidemic situation from worsening). and the curfew which, in the opinion of many, would be too drastic a measure, would limit the work of companies and consequently cause serious economic damage to the country.

The second topic of common interest was the serious energy crisis that has recently been gripping Kosovo and which sees systematic power blackouts since the country's two coal plants have recently suffered several failures and the Kosovar energy system is now totally dependent on imports. . 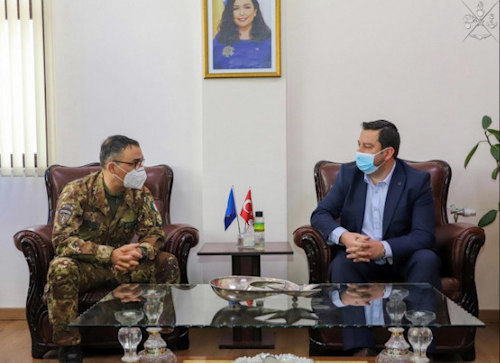 In this regard, the commander of the Regional Command West he pointed out that KFOR has supported in the past projects concluded with the installation of photovoltaic systems and will assess whether the conditions exist to support the municipality in this regard.

Mayor Krasniç, during the interview with Colonel Javarone, confirmed his full collaboration with KFOR, his commitment to serving the citizens of his community and his constant promotion (through the Association of Municipalities of Kosovo) of tolerance between different ethnic groups in the synergistic effort to one day reach a united Republic under a single flag.

Father Sava Janjić took the opportunity to renew the thanks to RC-WEST for the technical material recently donated to the Monastery, very useful to faithfully reproduce the frescoes in high resolution and increase tourism thanks to the promotion on social media.

The commander of the Regional Command West has renewed the commitment to maintain a safe environment for the aforementioned place of worship, a symbol of peace and prayer, as required by resolution no. 1244 of 1999 and defined with the abbot some possible projects to share themes of tolerance and peaceful coexistence.