Kosovo: after 8 years, Italy hands over the command of KFOR 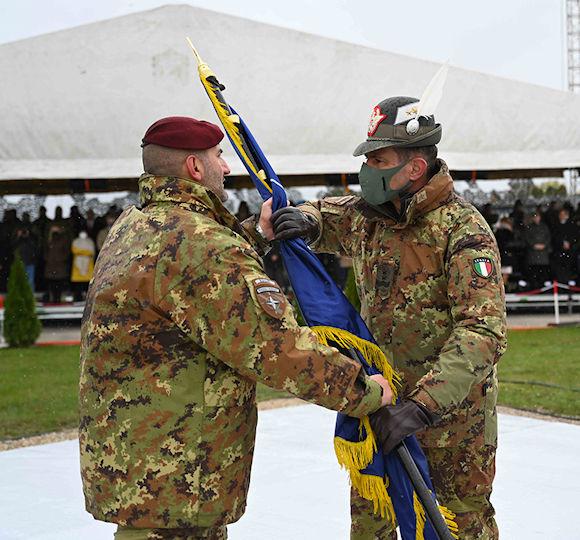 The event was chaired by the commander of the Allied Joint Force Command of Naples, Admiral Robert P. Burke, as well as by numerous civil, military, religious and diplomatic authorities, in compliance with the norms and protocols established by NATO to combat the spread of the coronavirus.

KFOR is NATO's longest-running mission, and currently also the largest in terms of forces deployed on the ground (currently about 3700) which bases its legitimacy on the tasks assigned by the UN Security Council Resolution 1244 (12 June 1999) It is on Military Technical Agreement signed with Serbia (9 June 1999). Of the 3.700 soldiers employed in KFOR, about 620 are Italians with a representation of personnel belonging to all four Armed Forces. This currently makes our country the first contributor to KFOR.

The Minister of Defense, Hon. Lorenzo Guerini, spent words of applause for the work of the Italian armed forces in Kosovo, congratulating General Federici for the value of his leadership recognized by all and widely appreciated by NATO.

NATO's current footprint in Kosovo therefore goes far beyond the mere military dimension, and the key words for KFOR remain those of the commitment to stability through dialogue and presence on the ground, a commitment that has been and remains at the heart of the leadership Italian, in the name of cohesion, transparency and coherence of the Alliance and its partners. 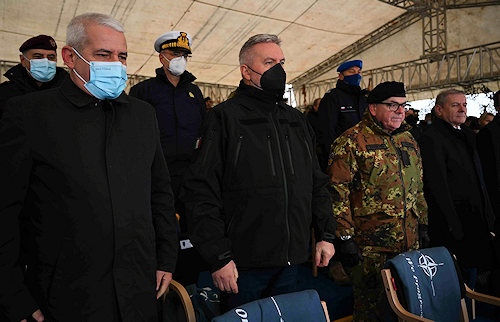 “As one we progress, a common vision together with other international organizations and institutions in Kosovo will always be essential for the success of the KFOR mission and for the stability of the Balkan area; in this regard, the collaboration between NATO and the EU in mediation that led to the overcoming of the license plate crisis a few days ago represents a tangible example, only the latest in a series that has lasted for over 20 years. " in his farewell speech, General Federici wanted to focus attention on the meaning of the motto coined during his mandate by retracing the most important events of a year that saw him engaged on several fronts to guarantee a peaceful environment for all the communities of Kosovo to live in, and the stability of the Western Balkans to the international community.

He then concluded his speech with heartfelt thanks to the men and women who served the mission, with commendable work done in a period made even more difficult by the Covid-19 pandemic - "I will always be grateful to each of you, the differences of the individuals have made the work of the group more effective and successful".

During KFOR XXV's annual mandate, NATO further strengthened cooperation with local institutions, the international community and all security organizations in order to fulfill its mandate. At the same time, the mission helped promote inter-ethnic coexistence and develop a safe environment in which to advance dialogue between Pristina and Belgrade. 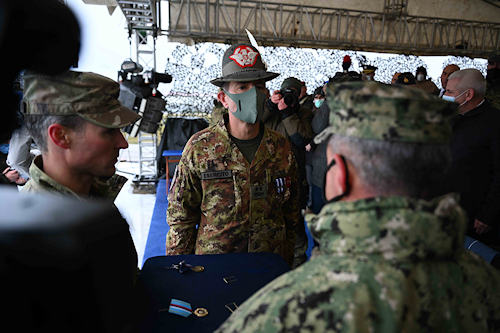 In particular, General Federici was directly interested in resolving the tensions due to the "license plate crisis", personally conducting talks with all the parties involved to contribute to a rapid de-escalation of the situation on the ground with an intense action of dialogue, listening and proposals, from which some fundamental points have been drawn to reach agreement in the context of the dialogue facilitated by the European Union.

KFOR has also impartially supported all local institutions engaged in combating COVID-19 through donations of personal protective equipment, while facilitating assistance initiatives by NATO countries and partners. A great deal of effort was also made in the field of education, carrying out numerous projects in favor of young people.

Previously, Robert P. Burke had highlighted how effective the leadership of General Federici has been, with a positive impact both on the ground with the maintenance of a security framework that has benefited all communities in Kosovo, both on diplomatic relations and NATO. he strengthened with all the authorities of the area. 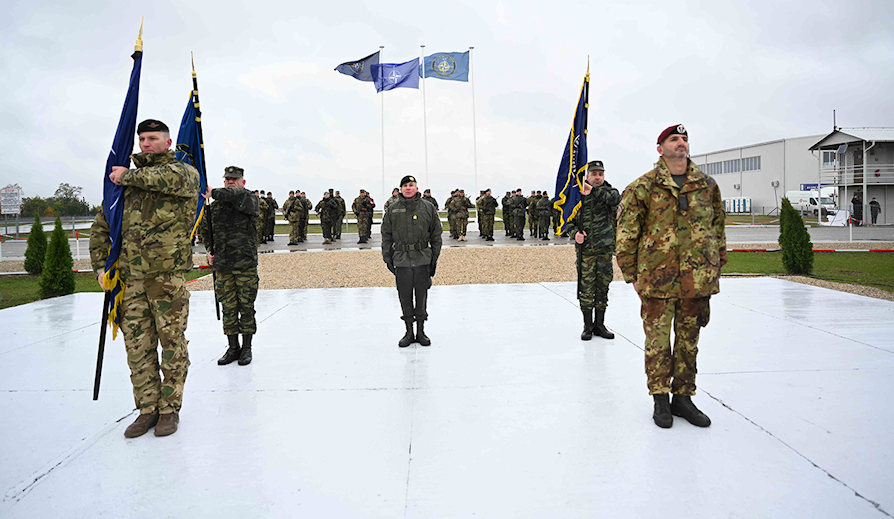 In the presence of the air squad general Nicola Lanza de Cristoforis, deputy commander of the Operational Command of ...
787
Read

It took place on the afternoon of last Saturday, June 18, at the multipurpose hall of 'Camp Singara', the base that ...
286
Read

On 19 May, the European Multi Mission Frigate Carlo Bergamini received a distress call from the ...
997
Read