Kosovo: donations to the population 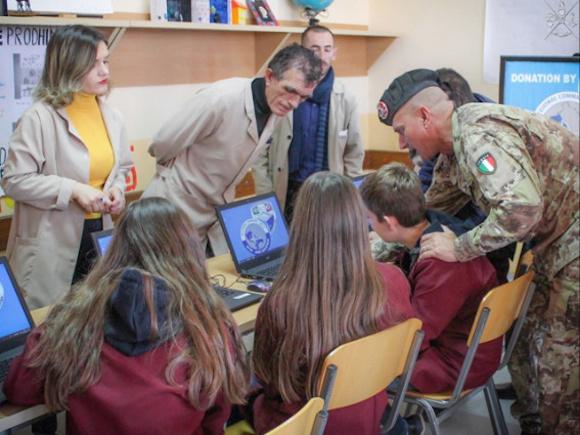 Yesterday the Italian soldiers of the Regional Command West (RC-W), multinational Command of the mission in Kosovo have made a donation of portable computers and a video projector for the realization of a multimedia laboratory.

The activity was carried out within the framework of the CIMIC, CIvil MIlitary Cooperation activities carried out by the Italian contingent.

The material, delivered to the Ibrahim Mazreku institute, in the municipality with the Albanian majority in Malishevo, will allow 820 students to attend IT courses, developing the knowledge necessary for the use of modern devices that will also be used for language learning foreign.

Last week two other donations were made which saw Italian soldiers deliver fourteen bicycles to the small Serbian community of Velika Hoca and six radio sets to the Fire Department of the municipality of Istok, the latter of Bosnian ethnicity.

The projects carried out by the Italian contingent support the different ethnic groups living in Kosovo, many of which are aimed at the younger generations and focused on the principle of public utility.

The Italian soldiers of the RC-W, employed in the NATO-led KFOR mission, whose Italian component is made up of soldiers of the 24 ° Peloritani Regiment of the Aosta Brigade, as well as working daily to control the territory, to guarantee safety and stability of the area, support small local organizations with donations. 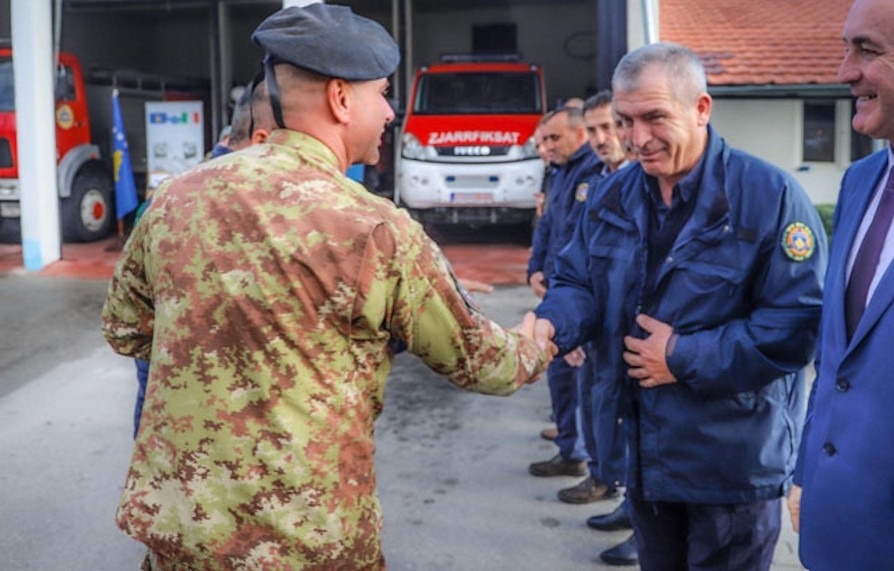 Joint training between UN quotas was conducted from 13 to 17 January - in particular ItalBatt ...
278
Read

Standing NATO Maritime Group 2 returned to the sea after the winter break. The Naval Group, consisting of four ...
447
Read

Two days of study ended in recent days in Niamey, as part of the mission in Niger MISIN, ...
258
Read

Start of intense year for Civil and Military Cooperation (CIMIC) activities in favor of the Kosovar population ....
472
Read

The commitment of the Italian contingent of Resolute Support continues, currently based on the 132nd armored brigade "Ariete" at ...
188
Read

Yesterday Carabiniere Ship left from the naval base of Taranto for an operational deployment of six months in the role of ...
1532
Read

Operational readiness, reactivity, interoperability, flexibility of use, ability to cooperate, effectiveness in ...
826
Read

In the mission in Afghanistan, the Italian contingent of "Resolute Support", currently leading 132nd brigade ...
95
Read

As part of the mission in Niger, the first training course was held in recent days ...
151
Read