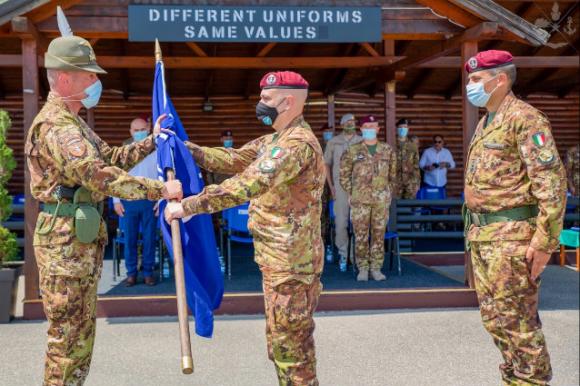 Yesterday morning, at Camp Villaggio Italia, the alternation ceremony for the commander of the combat service support battalion (CSS Bn) of Regional Command West as part of the "Joint Enterprise" operation in Kosovo.

Lieutenant Colonel Marco Pastore leaves the command of the unit after a period of 6 months during which the combat service support battalion has been the protagonist of many activities, from the planning and conduct of strategic transport of personnel, vehicles and materials to and from the motherland, to the maintenance of the vehicle fleet and weapon systems, simultaneously guaranteeing health safety, telematic connections, refueling of all materials, the management of the Camp Villaggio Italia base and the use of all the indigenous civilian personnel.

A great burden therefore awaits the new commander of the CSS battalion, Lieutenant Colonel Olindo Pagliaro effective in the "Folgore" logistics regiment of Pisa, to guide the prestigious Unit through the commitments and future challenges in the complex Kosovar operational context.

The ceremony was presided over by the commander of the Regional Command West, Colonel Andrea Bertazzo, who sincerely thanked all the soldiers of the ceding CSS battalion for their professionalism, the spirit of self-denial and their commitment during the entire mandate.

Colonel Bertazzo then extended his best wishes to the new commander of the CSS battalion who is about to continue the path started by his predecessors.

With this change, the renewal of the Italian personnel employed in the NATO mission in Kosovo is completed, which now sees the Army paratroopers active in the brigade more employed thunderbolt. 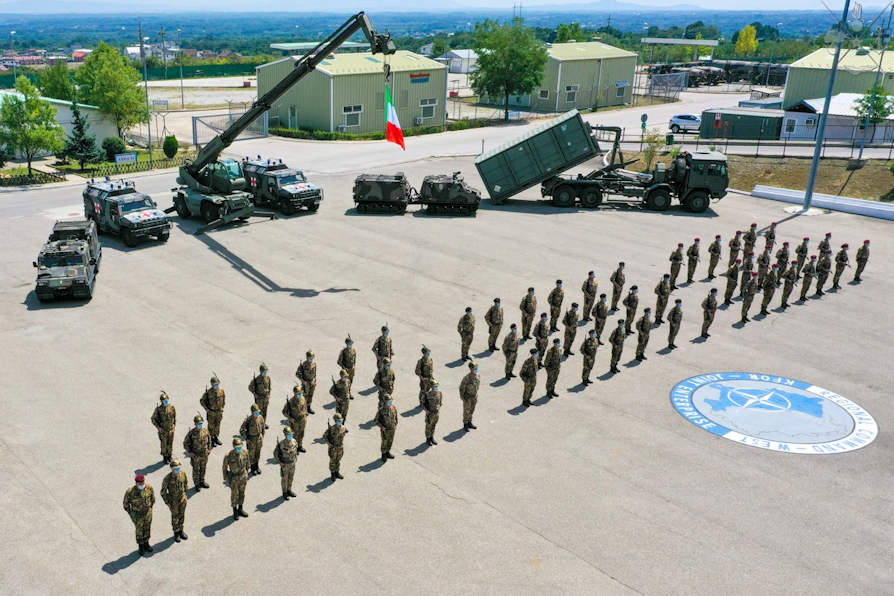 In the presence of the air squad general Nicola Lanza de Cristoforis, deputy commander of the Operational Command of ...
827
Read