Kosovo: change at the helm of Regional Command West 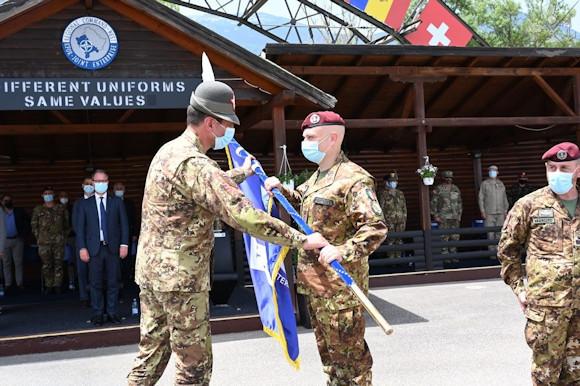 The military ceremony was attended by the Undersecretary of State for Defense, Hon. Giorgio Mulè, the commander of the Interforze Summit Operational Command (COI), general of the army corps Luciano Portolano, the commander of KFOR, general of division, Franco Federici, military, civil and religious authorities, and large representatives of the various national contingents.

General Federici, in presiding over the passage of the NATO flag, highlighted how KFOR is the longest-running NATO mission and at the same time represents a success for the Alliance, given the current climate of security in which the communities of Kosovo can live. underlining how teamwork and cohesion are necessary characteristics to best respond to the mandate received, qualities that the Italian military have been able to express in the strictest meaning of the motto “As one we progress”, coined for the KFOR XXV.

Hon. Giorgio Mulè expressed the Defense's appreciation for the commendable results achieved by the Italian contingent in full compliance with the international mandate, underlining the delicacy of the work done by men and women belonging to all the Italian Armed Forces, which is always appreciated by all Political and military authorities, national and international, but above all from the institutions and the Kosovar population. "I see in front of me heroes who have brought prestige to Italy and exported values ​​such as freedom and democracy to this country"Undersecretary Mulè said during his speech. 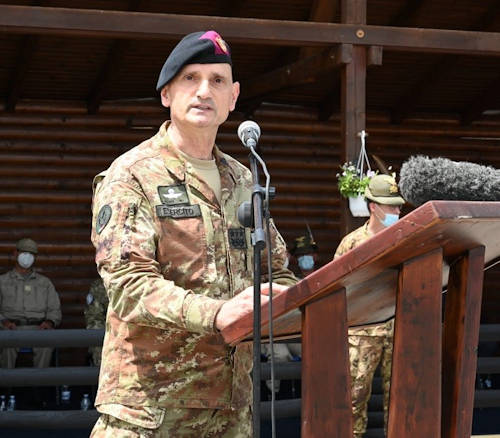 "Talented and exemplary 1st mountain gunners, thank you for everything you have done so far, continuing along the path traced by those who, over the years, preceded you in this area of ​​responsibility from 1999 to today, from the soldiers of the Army deployed continuously in Kosovo from 12 June 1999 - first day of mission, to the Marò del San Marco to the airmen of the Air Force who opened and managed, with professionalism and commitment, the Dakovica airport from 1999 to 2013 and to the carabinieri again present with the MSU ... " - these are the words with which the commander of the IOC addressed the Italian military and their foreign colleagues from the KFOR RCW during his speech, retracing some phases of the over twenty-year history of the Kosovo Force, concluding then - "... in the wake of the best traditions of our country and our Armed Forces, you, soldiers of the 1st mountain have managed to stand out in this enterprise too and, once the mission is completed, I wish you a happy return to your precious families, who have lived with you, even if in a different, perhaps sometimes even more complex and intense way, this mission. To you paratrooper gunners of the 185th the best wishes for good work. Good luck and the best of luck! As commander of the IOC, with all the Joint Operations Command, I will be at your disposal during your mission in Kosovo ".

General Portolano's words - himself seriously injured following the explosion of an anti-tank mine when in 1999 he was driving the Early Entry Forces Italian in Kosovo - were words of synthesis, inclusion and applause for the work done by the Italian military in these 22 years of NATO mission.

Colonel Maioriello thanked the national and NATO political and military authorities for the concrete support received during the mandate: "The support and trust received in the delicate period, characterized by the COVID 19 pandemic crisis, allowed me to express with serenity the delicate commitment aimed at fulfilling the mandate defined by resolution 1244 of the United Nations Security Council".