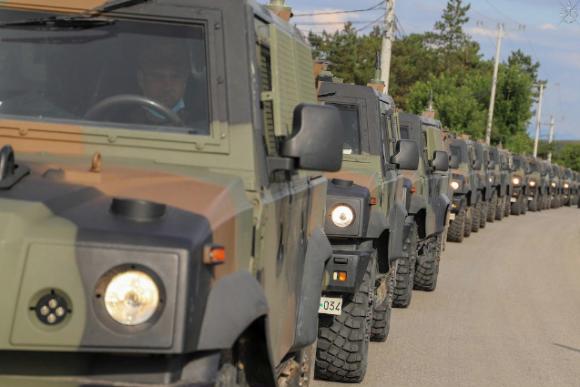 The Kosovo Force (KFOR) has concluded the Operational Rehearsal Training Exercise (OPREH LEVEL 2), an exercise in support of the KFOR mission that takes place every two years involving the troops of NATO countries placed as a theater reserve.

In particular, the exercise saw a contingent of men and women of the 9th Alpine regiment, under the command of Colonel Gianmarco Laurencig, deploy in Kosovo quickly for OPREH.

The Alpine troops operated in crowd control and riot control scenarios, exercises on freedom of movement and operations to secure sensitive targets all aimed at maintaining a high level of readiness in total synergy with allied counterparts.

The simulated scenario for the conduct of the exercise also involved structures of the Regional Command West (RC-W), Italian-led multinational unit based on the 185th “Folgore” parachute artillery regiment, under the command of Colonel Andrea Bertazzo. The use of RC-W's operational and logistical assets ensured support for the entire Italian contingent employed in the exercise. 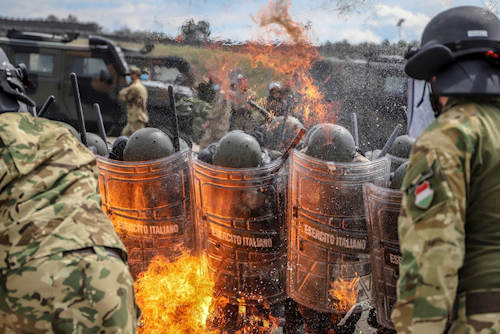 OPREH 2021 had the main purpose of achieving maximum integration between the units supplied by Italy, Great Britain, Albania, Greece, Turkey, Bulgaria and Romania - as part of the Operational Reserve Force - and the KFOR contingent currently composed of personnel of 28 different countries.

Interoperability between the various multinational components of the Kosovo Force, joint training, familiarization and comparison on the different technical-tactical procedures for the consolidation of operational capabilities, were the objectives of the final tactical act that took place at the grounds of the former Dakovica airport.

At the end of the joint training of NATO reserve forces for the Balkans, the commander of KFOR, Major General Franco Federici, expressed great satisfaction having been able to ascertain the excellent level of integration between all units - teamwork and cohesion are necessary characteristics to best respond to the mandate received from the Kosovo Force, qualities and values ​​that the Italian military, like colleagues from the Allied countries, have been able to express in the strictest meaning of the motto "As one we progress ".

KFOR is NATO's longest-running mission and also the largest in terms of military numbers. Italy is currently the first contributor to the mission and holds command for the 12th time, 8th in a row; of the 3.700 soldiers employed in KFOR, about 630 are Italian, with a representation of personnel belonging to all four Armed Forces. 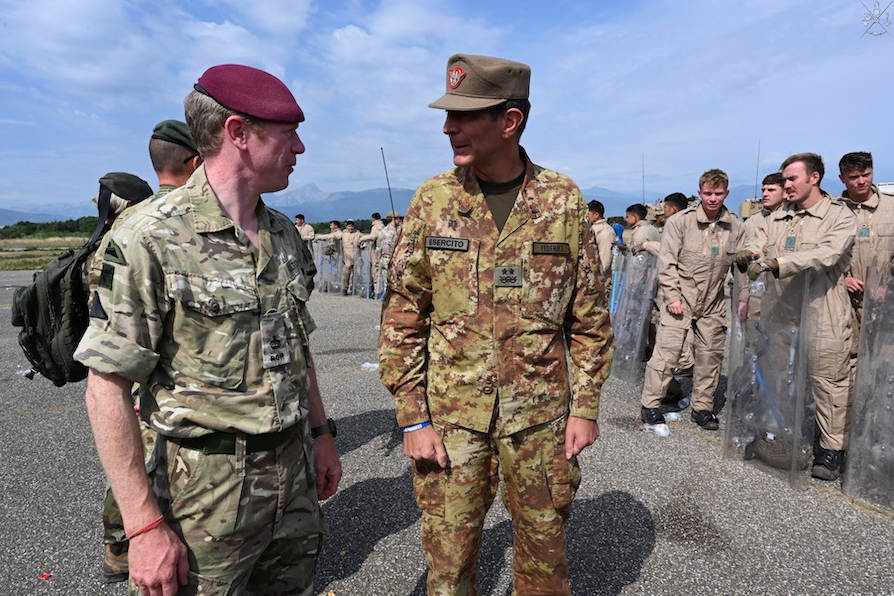 In the presence of the air squad general Nicola Lanza de Cristoforis, deputy commander of the Operational Command of ...
829
Read