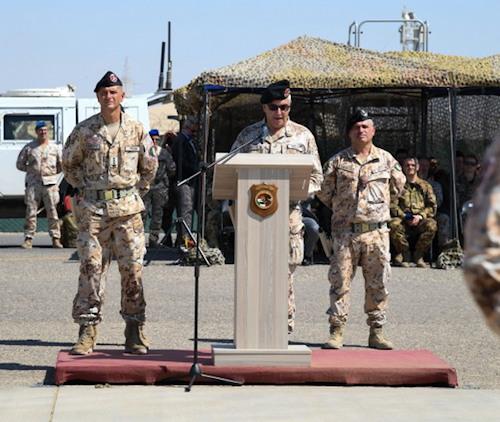 The ceremony to change the command of theItalian National Contingent Command - Land (IT NCC-L) in the transaction First Parthica between Colonel Piercarlo Miglio, commanding officer, and Colonel Daniele Pisani, taking over.

At the event, chaired by the head of the operational support department of the Interoperable Summit Operations Command (COVI), Major General Domenico Ciotti, military and civilian members of the Coalition and the armed forces of Kurdistan participated.

After about eight months at the helm of the Italian contingent, Colonel Miglio, in his farewell speech, after thanking the intervening authorities, addressed all the personnel deployed, congratulating them on the professionalism put in place. “I am proud and proud of you, you have shown on every occasion that you are equal to the situation and that I have had the honor and privilege of leading. Together, in recent months, we have overcome the difficulties every day by bringing up the name of Italy in the Coalition. A heartfelt thanks also goes to our families who have always known how to be close to us in this period away from the dearest loved ones " are the words with which Colonel Miglio concluded his speech after wishing the new commander ever more ambitious goals.

During the ceremony, the reading of the recognition formula officially sanctioned the transfer of command between the two officers.

At the end of the ceremony, Lieutenant Colonel Sàndor Veràgos-Kis, commander of the Hungarian contingent in Iraq, presented to Colonel Piercarlo Miglio, Lieutenant Colonel Giovanni Patti and Captain Saverio Consorte, an honor of the Republic of Hungary for the support provided in every occasion in the context of collaboration between coalition countries. 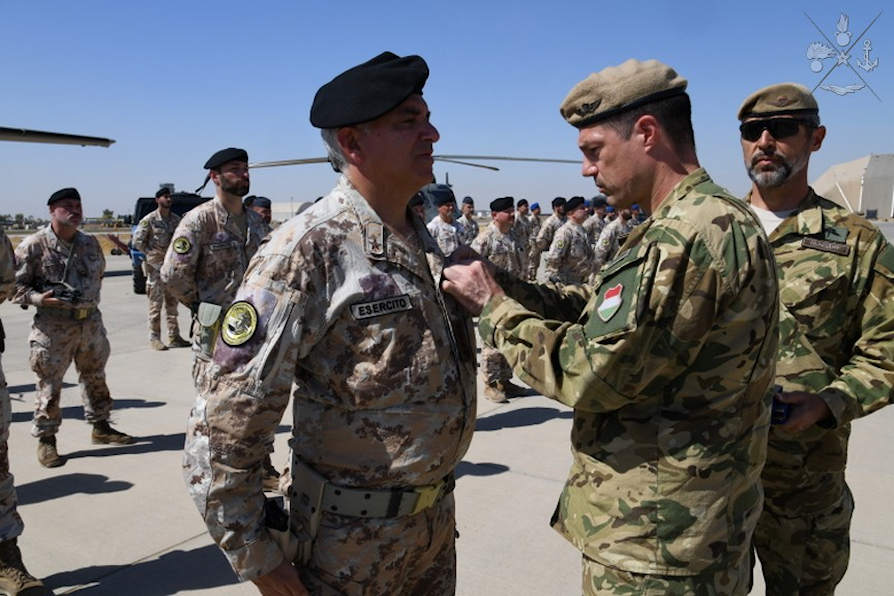 At the headquarters of the Engineering Regiment in Beirut, in the presence of Colonel Farhat of the training directorate, of the...
83
Read

The training activity saw the units of the Battle Group Bulgaria engaged which, within the Novo Selo Training ...
210
Read