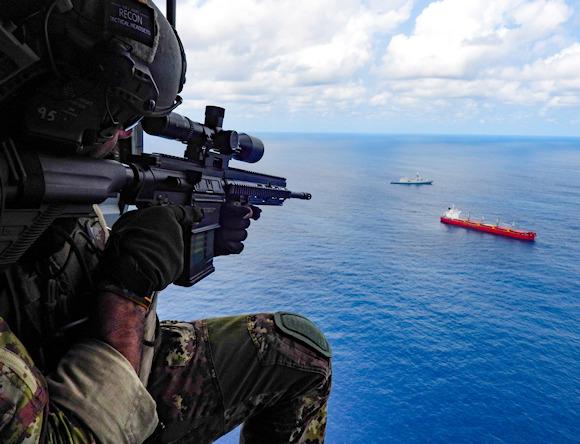 Last night the frigate Luigi Rizzo, a modern Navy ship engaged in the waters of the Gulf of Guinea in the anti-piracy operation called Gabinia, received notice of a pirate attack against the freighter Arch Gabriel, flying the flag of the Marshall Islands, putting in place a series of actions that dissuaded the pirates from continuing in the illicit activity.

The naval unit, having learned of the current situation and being about 280 miles from the freighter, immediately set sail for the event area and, once at a useful distance, at the first light of dawn today sent flying one of its helicopters with on board the operators of the San Marco marine brigade, specialized in safety and boarding activities.

Once in the area, the aircraft acquired radio contact with the crew who reported that they had taken refuge, immediately after having raised the alarm, inside the so-called "citadel" in order to escape the threat of the pirates on board.

Meanwhile Ship Rizzo has closed the distance with the merchant, verifying the absence of armed personnel on the open decks as well as of suspicious boats in the surrounding area. 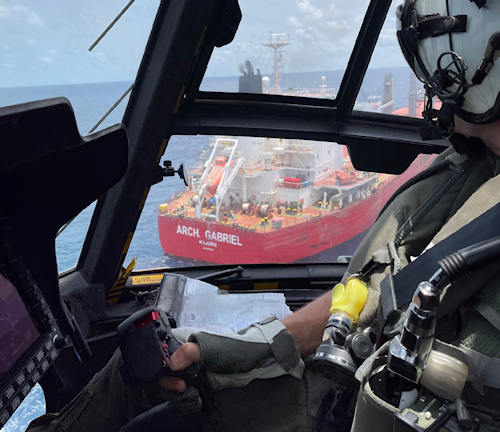 At around 14 pm today, an operation was started which saw the insertion of a boarding team on the merchant vessel by helicopter while the frigate itself Rizzo ensured the necessary safety support of the external frame.

After about an hour, the Navy boarding team completed the safety of the merchant ship, took control of it and, having verified the absence of pirates or other hostile personnel on board, freed the crew remaining until that moment closed in the citadel.

The crew then began to restore the damage caused by the pirates in order to continue the navigation to Lagos while still keeping on board a number of personnel from the San Marco marine brigade and also being able to use the escort of Rizzo ship.

The waters of the Gulf of Guinea continue to record maritime piracy events and the Navy therefore continues its presence and surveillance activity, in support of national maritime traffic and to safeguard the safety and freedom of navigation on the high seas. 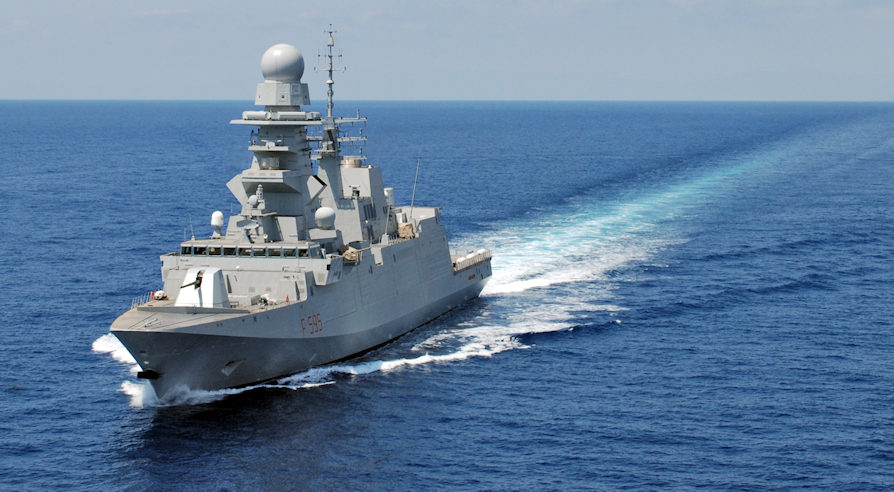 In the presence of the air squad general Nicola Lanza de Cristoforis, deputy commander of the Operational Command of ...
507
Read

It took place on the afternoon of last Saturday, June 18, at the multipurpose hall of 'Camp Singara', the base that ...
245
Read

On 19 May, the European Multi Mission Frigate Carlo Bergamini received a distress call from the ...
848
Read