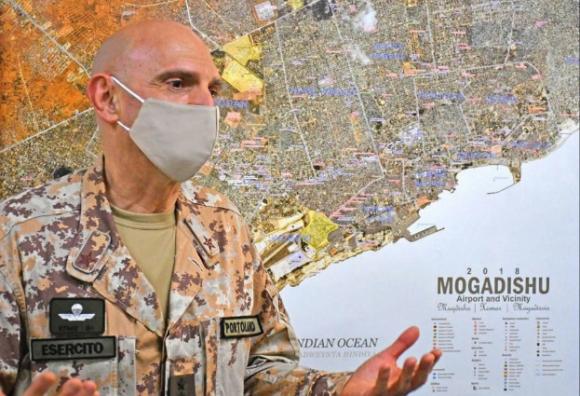 The commander of the Interforze Summit Operational Command (COI), general of the army corps Luciano Portolano visited the military on missions in Djibouti and Somalia.

Transfers to the operational theaters were carried out with Air Force assets, as part of pre-planned activities, a KC 767 aircraft from Pratica di Mare to Djibouti and a C130 aircraft from Djibouti to Mogadishu (Somalia).

General Portolano had an in-depth update interview with the commanders and their staff, where there was no lack of in-depth analysis on the effects produced so far by the intense work, which the Italian military are doing on a mission in this part of Africa, so strategic for Italian interests in the area. 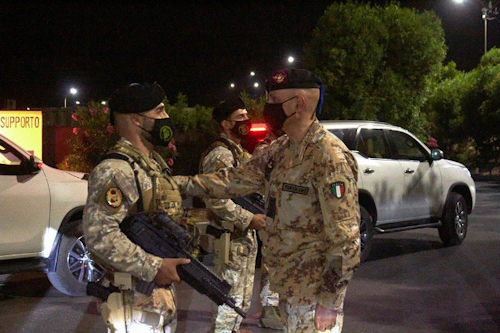 Sunday 25 April was the turn of Mogadishu, where the commander of the IOC was welcomed by Brigadier General (EI) Fabiano Zinzone, commander of the European Union Training Mission (EUTM) Somalia.

The visit took place in a climate of general tension, due to the political stalemate in Somalia and, in particular in Mogadishu, with an increase in terrorist actions of Al Shabab, which is acquiring control over various areas of Somali territory and is carrying out an important recruitment action among the population.

It is a particularly delicate moment for Somalia's political situation and internal security, also in light of the recent attacks on Villa Somalia, the residence of the President of the Somali Republic. It is in this political and security framework that the second day of the mission of the COI commander took place.

General Portolano met at the headquarters of the European Union Training Mission (EUTM) Somalia, not only the Italian military, to whom he expressed his gratitude and that of the Chief of Staff of Defense Enzo Vecciarelli, but also some military leaders, interlocutors of high strategic-operational profile, key figures in this region. 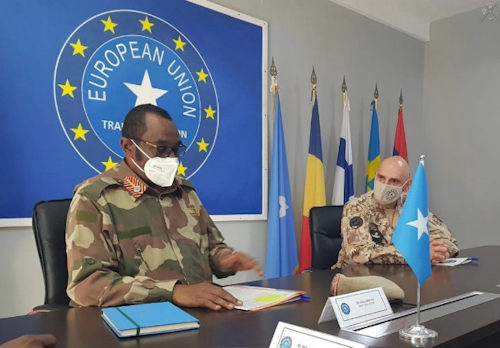 Consistent with what has already been discussed at a political level by Defense Minister Lorenzo Guerini with his Somali counterparts, in his recent visit at the end of March, the meeting that the COI commander held with the Somali Deputy Chief of Defense, General Ali Abas Amin, dealt with issues related to a future strengthening of cooperation between the Somali National Army and the Italian Defense in the sectors of interest of Somalia.

Particular attention was paid to the "operational effects" produced by the contribution of the Italian Defense to the training of the Somali army and police forces, complementary to those of the European anti-piracy operation "Atalanta" and the capacity building mission, " EUCAP Somalia ".

The intense activity of the commander of the IOC represented a moment of verification and discussion with authoritative partners, among them the lieutenant general Diomede Ndgeya, of the Armed Forces of Burundi, commander of the Amisom Force of the African Union, the US general Lapthe C. Flora, commander of the Combined Joint Task Force US AFRICOM's “Horn of Africa” and the Italian Ambassador to the Federal Republic of Somalia Alberto Vecchi.

With them, General Portolano analyzed and discussed the effectiveness of the work carried out so far by the national component in favor of the security forces of Somalia and possible future collaborations, as a contribution to the stability of a region of strategic interest for our country.

The units of the Regional Command West, framed under the Piedmont Cavalry regiment (2nd) of the Army ...
171
Read

Nave Thaon di Revel, the last ship delivered to the Navy, left on 12 August from the port of La Spezia to ...
1946
Read

With the return respectively to the ports of La Spezia and Taranto, Nave Vulcano, under command of ship captain Alberto ...
681
Read