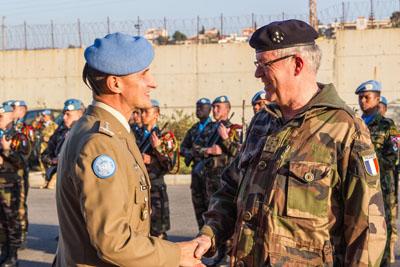 During the meeting, Genereale Serra illustrated the ongoing activities related to the mandate of the UN Security Council's 1701 resolution, providing an update of the operational framework.

In particular, the Force Commander has given particular emphasis to the strategic value of the tripartite meeting, the only instrument of dialogue between Israel and Lebanon, which allows the start of a process of "confidence building" between the parties.

During the meeting Admiral Guillaud expressed words of appreciation for the meritorious work carried out by the civil and military personnel of the UNIFIL mission in the context of the delicate historical moment, highlighting the high profile of the mission.

UNIFIL, at the moment, is made up of about 12000 soldiers from 38 nations and 1000 civilian employees, of which 700 are local and 300 international. The data provided also includes the naval component with 7 ships and 1000 sailors, making up the Maritime Task Force operating along the Lebanese coast, and the Aviation Unit, consisting of 6 helicopters. France is one of the main contributing countries of the UNIFIL mission with about 900 peacekeepers. 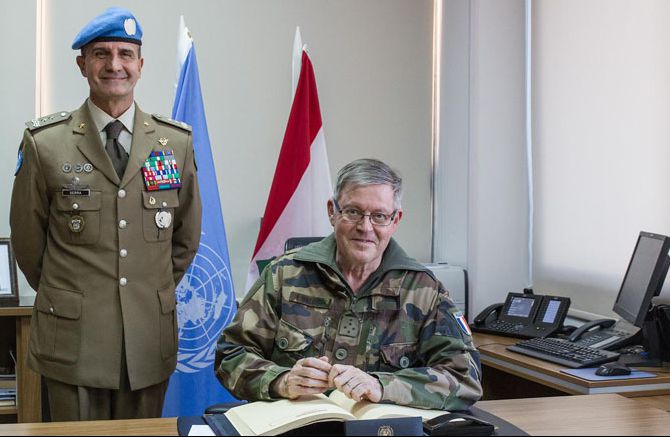 The units of the Regional Command West, framed under the Piedmont Cavalry regiment (2nd) of the Army ...
12
Read

Nave Thaon di Revel, the last ship delivered to the Navy, left on 12 August from the port of La Spezia to ...
1671
Read

In the afternoon of August 8, an anti-piracy and Maritime exercise took place in the waters of the Gulf of Aden ...
698
Read

With the return respectively to the ports of La Spezia and Taranto, Nave Vulcano, under command of ship captain Alberto ...
672
Read

Production of electricity through the supply and installation of a photovoltaic system to power a ...
153
Read

On the afternoon of Thursday 28 July, with the arrival at Malbork Krolewo airport of the four Eurofighter F -...
441
Read

With the embarkation, from the port of Bari, of the first tactical and logistic vehicles, as well as of the logistic materials, ...
10366
Read