The Italian contingent donates computers to a school in southern Lebanon 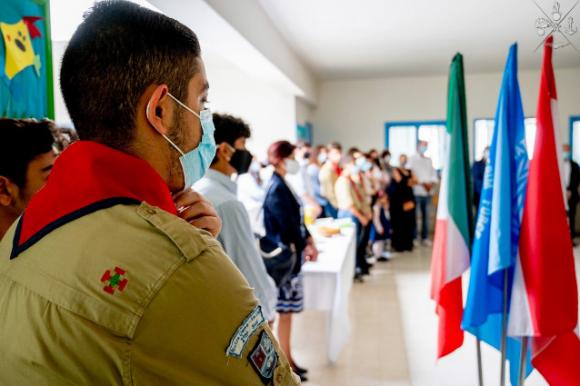 The Blue Helmets of the Italian contingent of UNIFIL, on a "Friuli" aircraft brigade base, under the command of Brigadier General Stefano Lagorio, made a substantial donation of computer equipment to the students of the free school of "Saint Joseph", a comprehensive institute founded and managed by the Sisters of the Sacred Heart of Jesus and Mary of Ain Ibill, in the South of Lebanon, who can restart teaching activities with greater IT support.

The soldiers of the Italian contingent deployed in the south of the country represented by the commander, General Lagorio, in the presence of the local authorities, the director Sister Maya Beaino and a representation of students and parents, delivered ten laptops, a photocopier to high capacity, a printer and varied stationery.

This material that will increase the computer skills of the "Saint Joseph" school which provides education to about 800 students, children and young people between 3 and 15 years of age of all social backgrounds and religious beliefs, coming from the village and neighboring towns in the district of Bint Jbeil.

Sister Maya Beaino, with heartfelt gratitude and gratitude, addressed to the Italian blue helmets and to Italy in general, sentiments of sincere brotherhood also on behalf of the teachers and all the students.

The project, financed with funds from the Italian Ministry of Defense which is part of the interventions of the civil environment - local authorities sector, was carried out by the staff of the cell Civil Military Cooperation di Sector West (made up of soldiers from the CIMIC unit of Motta di Livenza) who supplied the material by resorting to local suppliers with positive economic effects on the territory.

Support to the population and local institutions, a fundamental task that the Italian contingent led by the "FRIULI" aircraft brigade carries out, constitutes one of the pillars of United Nations Resolution 1701 which is combined with that of controlling the cessation of hostilities and cooperation with Lebanese Armed Forces. "