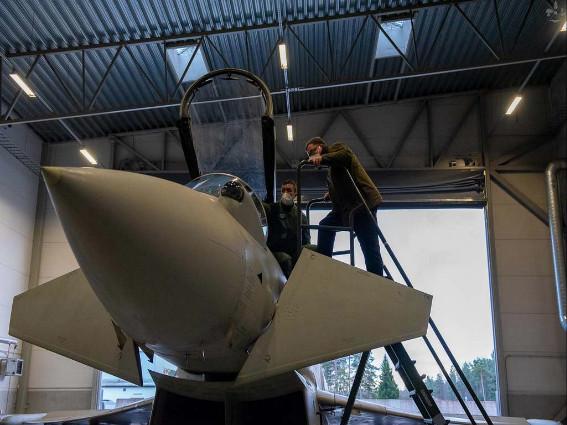 Patrick Turner accompanied by a delegation of NATO defense advisers, including the military adviser and chief of staff, division admiral Andrea Gueglio, was welcomed by the commander of the contingent, Colonel Fabio De Luca, who illustrated the tasks and the activities of the Task Force Air in carrying out the mission of Air Policing in the Baltic Region, highlighting the high operational capabilities of the Eurofighter aircraft Typhoon which currently effectively ensures the alert service on the easternmost flank of the Atlantic Alliance.

During the visit, the delegation visited the operational area where it was able to closely observe the aircraft and received a briefing on the activity of Air Policing, with particular reference to the Baltic Region and to the Scramble (rapid take-off on alarm), with all the phases that distinguish it.

There was no shortage of words of thanks and appreciation from the assistant to the NATO Secretary General for the high professionalism of the men and women of the Task Force Air in carrying out the delicate mission to defend the skies of the Baltic Republics, underlining their high profile and importance for the Alliance.

The visit, which took place in strict compliance with the precautionary measures imposed by the health emergency linked to Covid-19, ended with the signing of the Roll of Honor.