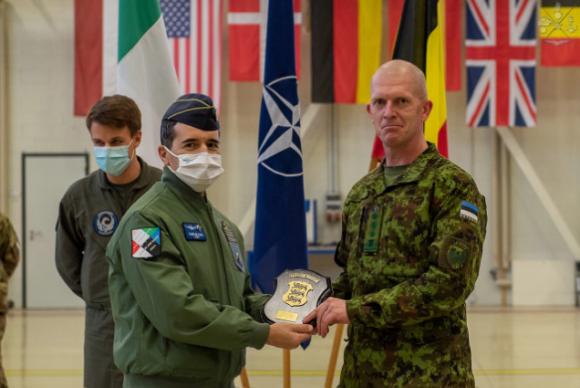 Yesterday, at the Ämari Military Airport, the ceremony of Hand Over Take Over (HOTO - handover) between the Italian and the Belgian contingent, which sanctioned the conclusion of the operation Baltic Eagle II, responsible for ensuring the protection of the skies of the three Baltic Republics, Estonia, Latvia and Lithuania, as part of the NATO Mission enhanced Air Policing.

The ceremony took place in a reduced form in order to ensure strict compliance with the containment measures of the contagion from Covid-19.

Among the authorities present: for Italy, the Italian ambassador to Estonia, Daniele Rampazzo and the military attaché responsible for the territory, Colonel Raffaele Vladimir Forgione, for NATO, the commander of the Combined Air Operations Center of Uedem (Germany), maj. gen. Harold Van Pee, while for Estonia attended by the permanent secretary of the Minister of Defense, Mr Kusti Salm and the commander of the armed forces, lt. gen. Martin Herem.

La Task Force Air (TFA) Baltic Eagle II has risked in Estonia since May and has ensured the service of Quick Reaction Alert (QRA) initially with the F35A aircraft of the 32 ° Stormo di Amendola - first use of the fifth generation fighter in a mission of Air Policing in the Baltic region - and, from 15 September, with Eurofighter aircraft Typhoon, with the relative flight crews coming from the four Stormi that ensure the defense of the Italian airspace, namely the 4th (Grosseto), the 36th (Gioia del Colle), the 37th (Trapani) and the 51st (Istrana) .

To ensure the autonomous functioning of the Task Force, at Lead 36 ° stormo, the flight crews were supported by technical personnel, assigned to the flight line and to the efficiency of the aircraft, and by personnel with logistical and administrative tasks from the various departments of the Italian Air Force. 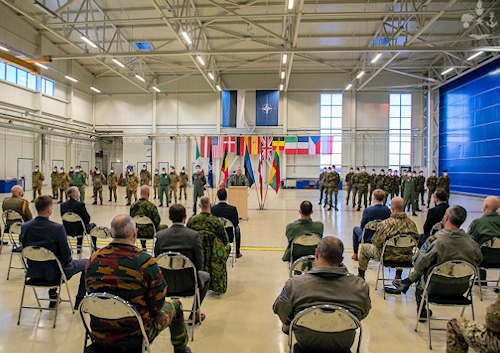 The necessary safety framework was ensured by the “Fusiliers of the Air” of the 9th wing of Grazzanise and of the 16th wing of Martina Franca.

The flight activities were assisted, from the ground, by the Italian personnel seconded to the Control Reporting Center (CRC) Estonian, from Aerospace Operations Command of Poggio Renatico and from the 22nd DAMI Group of Licola.

During the seven months of redeployment, the Task Force Air has effectively ensured, without interruption, the safety of the airspace of the Baltic region, carrying out over 900 total flight hours and more than thirty real interception interventions. From 15 September, the day of the achievement of full operational capacity, the Euro Fighter they also conducted numerous joint missions with allied assets, both air and land, totaling more than 350 flight hours, to the benefit of the professional technical background of the personnel involved in the mission.

The intense operational and training activity expressed by the TFA has once again demonstrated the reliability of the weapon system Euro Fighter and the ability of the Arma Azzurra to operate effectively in sustained operations and for prolonged periods, even far from its national borders. Fundamental to the success of the operation was the precious logistical contribution provided by the various Defense and Air Force departments which constantly ensured the regular flow of personnel and material transport.

The international commitment of the Arma Azzurra in defense of the skies of the Atlantic Alliance will continue with the operation Black storm, in Romania, always at Lead 36 ° flock, with aircraft Euro Fighter.