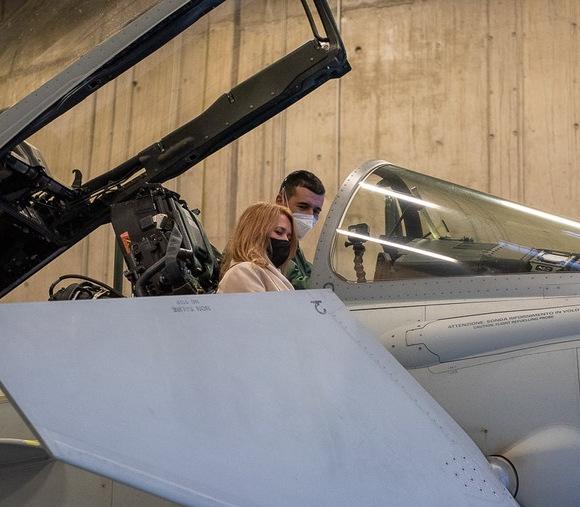 On November 16, the Prime Minister of the Republic of Estonia, Kaja Kallas, accompanied by a delegation made up of, among others, the commander of the Estonian Air Force, Brigadier General Rauno Sirk, visited Task Force Air Estonia (TFA-E) Baltic Eagle II, deployed at the Ämari military airport, as part of the NATO mission enhanced Air Policing.

The Prime Minister was welcomed by the Ambassador of Italy to Estonia, Daniele Rampazzo, by the military attaché responsible for the territory, Colonel Raffaele Vladimir Forgione, and by the commander of the contingent, Colonel Fabio De Luca, who illustrated the tasks and activities of the Air Task Force in carrying out the mission of Air Policing in the Baltic Region and the high operational capabilities of the Eurofighter aircraft Typhoon which currently effectively ensures the alert service on the easternmost flank of the Atlantic Alliance.

During the visit to the operational area, the prime minister was able to observe the aircraft closely and received a detailed explanation of the Scramble (rapid take-off on alarm) and of all the phases that distinguish it.

The visit was also an opportunity to consolidate the already excellent relations between the two Allied countries. At the end, the prime minister expressed words of thanks and appreciation for the excellent work of the Italian staff of the Task Force, whose commitment and high professionalism he was able to appreciate, highlighting how this mission is of fundamental importance both for the Baltic Region for both the Atlantic Alliance.

Colonel De Luca, thanking the prime minister for the visit, underlined that the men of the TFA are honored to be able to represent Italy in Estonia and underlined the precious and continuous support received from all the personnel of the Estonian Air Force, of which was able to appreciate the high skills and quality.

The visit, which took place in strict compliance with the precautionary measures imposed by the health emergency linked to Covid-19, ended with the signing of the Roll of Honor. 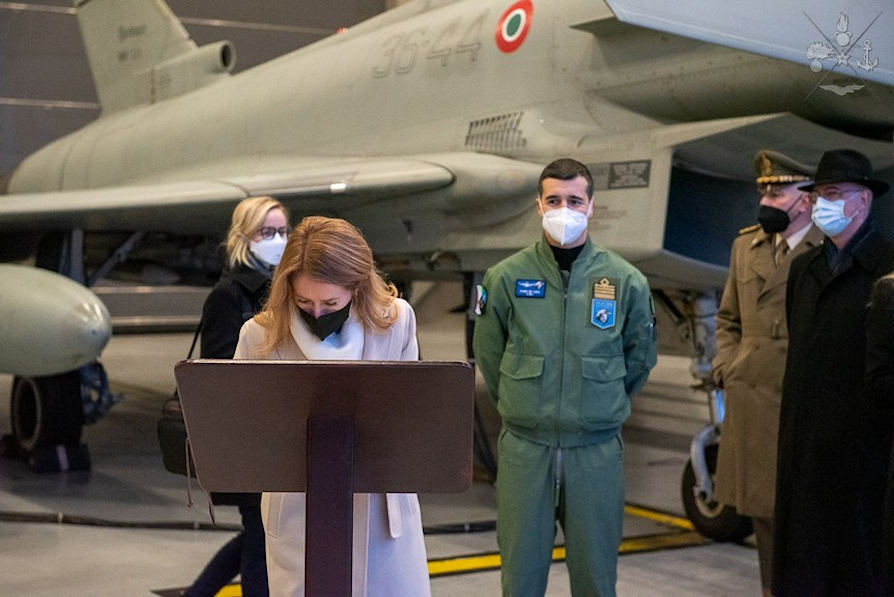 In the presence of the air squad general Nicola Lanza de Cristoforis, deputy commander of the Operational Command of ...
800
Read

On 19 May, the European Multi Mission Frigate Carlo Bergamini received a distress call from the ...
1017
Read