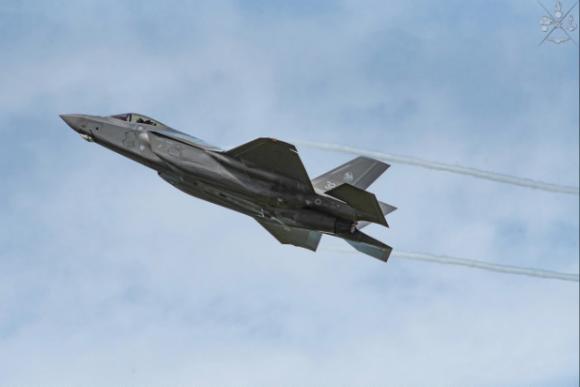 On the afternoon of July 15, two F-35A aircraft of Task Force Air-E "Baltic Eagle II", deployed at Ämari airport in Estonia, took off to take part in the NATO exercise Furious Wolf 21-02.

A few minutes after take-off, NATO Combined Air Operation Center (CAOC) of Uedem (Germany) issued the order to interrupt the training mission to intercept an unidentified aircraft in the NATO area of ​​competence, which was promptly reached by the two Italian fighters while flying over the international waters of the Baltic Sea .

The F-35As performed the planned "Visual Identification" (VID) procedure of the aircraft, after which they carried out the planned mission with the Joint Terminal Attack Controllers (JTACs) ofenhanced Forward Presence Battle Group stationed in Estonia, as part of the Furious Wolf.

Upon completion, the F-35As received a second order of Scramble, also from the NATO Command of Uedem, to intercept another aircraft that was passing through NATO Airspace, without having established contact with the Air Traffic Authorities. Once the aircraft was identified, the Italian aircraft returned to the Ämari military airport.

The double real intervention took place during a week full of commitments for the fifth generation fighters of the Italian Air Force which, in addition to ensuring the constant protection of the skies above the Baltic Republics, took part in the Furious Wolf, where they conducted numerous close air support missions (in technical jargon Close Air Support - CAS), together with the JTACs.

The participation of the Italian assets in the Furious Wolf it made it possible to improve the spirit of cooperation between NATO countries and provided a further demonstration of the capabilities, versatility and interoperability of the fifth generation aircraft.

In the presence of the air squad general Nicola Lanza de Cristoforis, deputy commander of the Operational Command of ...
830
Read