EMASOH: Operation in the Gulf begins for Nave Martinengo 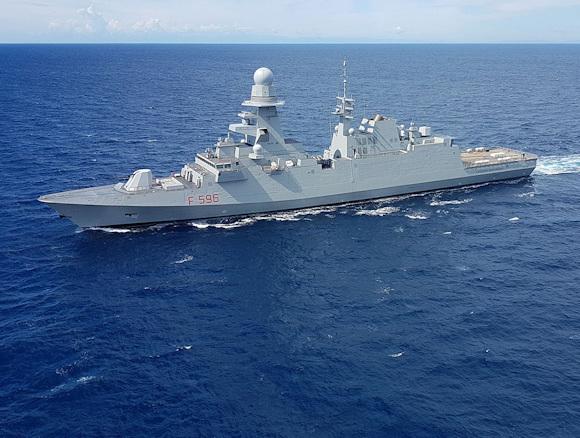 As of October 1, 2021, the multi-role frigate Federico Martinengo is the first Italian naval asset to participate in the Agenor operation as part of the European multinational initiative EMASOH (European Maritime Awarennes in the Strait of Hormuz), launched by France on the sidelines of the EU Foreign Affairs Council of 20 January 2020 and supported as well as from Italy also by the governments of Belgium, Denmark, Germany, Greece, the Netherlands and Portugal.

The operation in the Strait of Hormuz involves the use of a national air-naval device for presence, surveillance and security activities in the region that includes the Gulf of Oman and the entire Persian Gulf, an area historically characterized by vital interests for the national economy and of European countries. The mission is aimed at protecting national merchant shipping, supporting non-national merchant shipping, strengthening cooperation with other initiatives in the area and contributing to the "maritime situational awareness" of the region's air space in order to guarantee freedom of navigation and the free flow of global trade operating in full compliance with international law.

With this in mind, the participation of Nave Federico Martinengo EMASOH focuses on the importance of being able to operate in a multinational context through the use of structures that are able to guarantee the fulfillment of the objectives set by the mission, representing an effective tool with which to implement the concept of integrated safety at sea in the area of ​​interest of Enlarged Mediterranean.

From these premises, it emerges that the operation undoubtedly represents a very significant moment to express cohesion between all the countries concerned and, at the same time, will require a high level of interaction and interoperability with the various military assets operating in the area under national aegis or within the coalitions of naval devices present in the same region.

In the presence of the air squad general Nicola Lanza de Cristoforis, deputy commander of the Operational Command of ...
504
Read

It took place on the afternoon of last Saturday, June 18, at the multipurpose hall of 'Camp Singara', the base that ...
244
Read

On 19 May, the European Multi Mission Frigate Carlo Bergamini received a distress call from the ...
847
Read