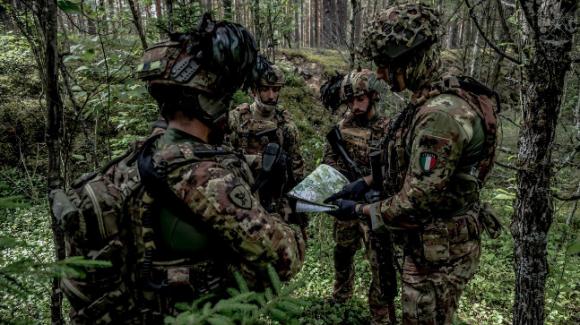 Since 21 June, at the Camp Adazi polygon, there have been numerous training activities for the men and women of the Task Group Baltic, operational component of the Defense on a Bersaglieri "Garibaldi" brigade base, constituting the current XI rotation in the mission enhanced Forward Presence (eFP) latvia of NATO.

This first intense month of operation, in fact, saw the Italian contingent engaged in combat training both individually and with the main weapon systems peculiar to the units now deployed, including the VCC Dardo, the armored Centaur and tanks Ram.

In particular, the many continuous activities on foot and motorized, also in concert with the other nations present, as well as the carrying out of firing ranges with all types of weapons and combat systems supplied, allowed to become familiar with the terrain and with the allied units, laying the foundations to advance in the progressive interoperability of the multinational contingent. 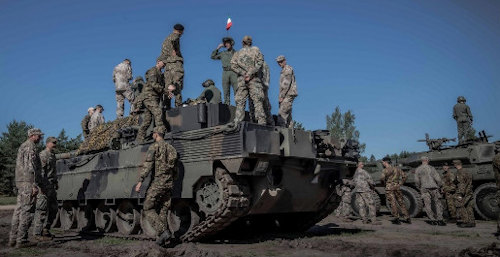 Furthermore, as part of the initiatives aimed at showing NATO's presence in Latvia, various static exhibitions of vehicles and materials were held in favor not only of the population but also of the official students of the Latvian National Defense Academy.

The eFP is a defensive measure to strengthen the east flank, in line with NATO's international commitment and in accordance with the decisions taken at the Warsaw Summit in July 2016.

It represents a concrete effort to preserve peace through the principle of deterrence.

The Italian Armed Forces take part in the eFP by deploying in Latvia, under the Canadian-led Battle Group, a multi-weapon minor complex-level maneuvering unit based on 1st Bersaglieri regiment, with the contribution of units at platoon level of the 4th tank regiment, of the “Cavalleggeri Guide” regiment (19th), of the 121st regiment c / a, a JTAC team enucleated by the “Folgore” paratroopers brigade and the CBRN defense regiment, plus a national support component.

The Aerial Shield exercise has just been held at the RC-W Camp Villaggio Italia, dedicated to the defense of Counter ...
133
Read

The units of the Regional Command West, framed under the Piedmont Cavalry regiment (2nd) of the Army ...
5710
Read

In the afternoon of August 8, an anti-piracy and Maritime exercise took place in the waters of the Gulf of Aden ...
818
Read