Home News armed forces Missions The mission of the "Miadit So ...

The mission of the "Miadit Somalia 16" weapon ended 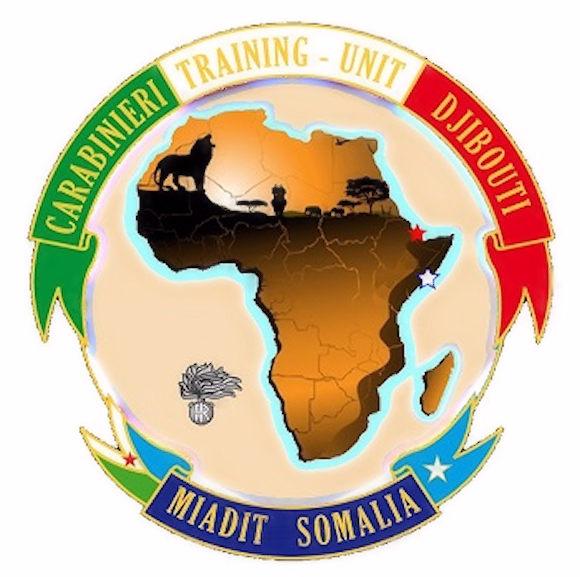 The last carabinieri of the Miadit have returned Somalia 16 after lowering the mission flag at the Djibouti national police academy on 18 May.

The mission is the result of a trilateral cooperation agreement between the Italian state and the Somali and Djiboutian state, and is aimed at promoting the stability and security of the Horn of Africa, increasing the capacities in the area of ​​security and control of the territory from part of the Somali Police Forces. It promotes the training of local security forces through shooting training, lessons on police and investigative techniques and on the protection of the environment and cultural heritage; contributes to the creation of profitable conditions for the stabilization of the territory.

The knowledge and professionalism of the weapon were put in place in various fields from the more purely military to those specific to the police such as anti-terrorism, close quarter battle (cqb), special operated techniques, urban climbing, management and techniques of public order, territorial control and reconnaissance in hostile territory, fight against organized crime.

During the mission, the instructors of the weapon trained 80 policemen from the "Somali Police Force" and 169 men and women from the Gibutian Police and Gendarmerie. 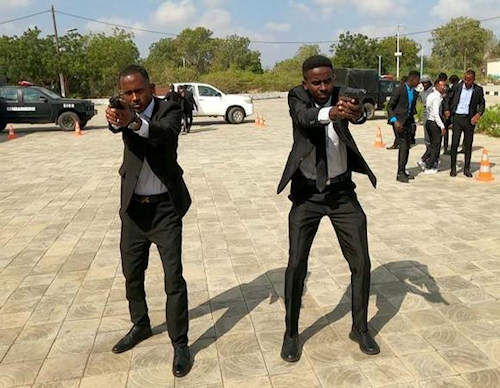 The men of the GIS they formed the special forces units of the Djibouti Gendarmerie on the subject of Close Protection indoctrinating the students to acquire the techniques in the field of guardianship and protection services and refining their advanced shooting skills. Particular emphasis was placed on movements on foot and on vehicles in different scenarios in order to develop an adaptation to the most varied real situations.

The 11th took place, also in the Idriss Farah Abaneh barracks "Officers Advanced Course" and the 12 ° "Darwish course1" in favor of the Somali Police Force.

The aim is to implement the operational capabilities necessary to face and fight in non-permissive environments, with high mobility and protection capabilities, the terrorist organizations that rage in Somalia, see the terrorist group of Al-Shabaab.

During the mission there was also a meeting, at the CJTF-HoA, between the commander of the Miadit Somalia 16 and the commander of the US task force gen. Zana to discuss the activities carried out by their respective soldiers in the land of Gibutians. As always, the work of the carabinieri is much appreciated by the American commanders and once again the gen. Zana expressed words of appreciation for the ten-year training activity carried out by the weapon in that part of Africa.

even the 9th parachute assault regiment “Col Moschin”Of the Italian Army took part in the Miadit 16 with a seminar held by its K9 unit aimed at enriching some techniques of the sector. The activity saw the 9th rgt "Col Moschin", carabinieri and the raid Djibouti operate in simulations in order to improve their operational capabilities in different scenarios with variable threats. 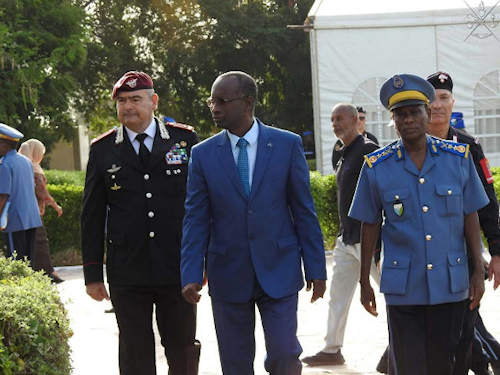 On 11 May the mission had the honor of receiving a visit from the commander of the 2nd mobile brigade of the Carabinieri, General S. Iasson, on the occasion of the closing of the courses of this 16a edition of the Miadit Somalia. Several local authorities were present for the occasion, including the Chief of Defense Staff, the Chief of Staff of the National Gendarmerie, the Labor and Interior Ministers. There was also the intervention of the Italian ambassador to Ethiopia and the various representatives of all the international contingents engaged in the area.

The Arma dei Carabinieri, due to its nature of an armed and police force, is able, as seen, to offer a varied training offer not only in bilateral training missions (MIADIT) but in all the others in which it operates every day in the various operating theaters. In addition to the departments hinged in the 2a Livorno mobile brigade, deputies for out-of-area operations, also men and women belonging to the organization intervene with recognized ability and professionalism Territorial, in possession of the teaching skills necessary to effectively transmit knowledge.

We can therefore say that lo "The purpose of the training and training activities held by the soldiers of the Carabinieri in favor of the local police forces, have the strategic objective of contributing in a concrete way to the strengthening of the partner's capabilities and consequently to strengthen the institutions of the host country with a view to maintaining peace in a strategic area of ​​the international chessboard. "

The next edition of Miadit is scheduled for the beginning of next autumn Somalia one of the flagships of the Carabinieri in the international arena.

1 "The "Darwish" units are Mobile Units of the Somali Police Force (SPF), specialized in Stability Police, Public Order and High Risk Interventions, mainly deployed in the capital Mogadishu and destined to become fundamental for the stability and protection of the Order and Public Security of Somalia. "

In the presence of the air squad general Nicola Lanza de Cristoforis, deputy commander of the Operational Command of ...
542
Read

On 19 May, the European Multi Mission Frigate Carlo Bergamini received a distress call from the ...
851
Read