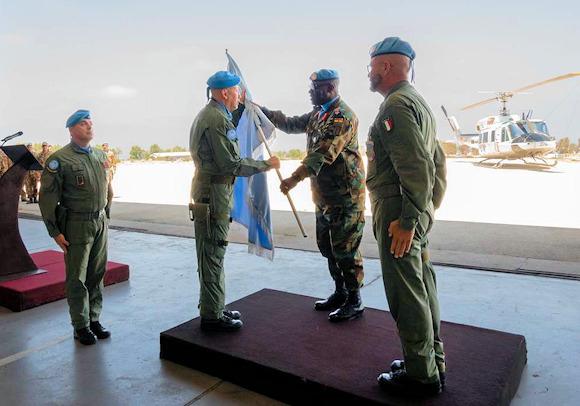 Yesterday at the heliport of the UNIFIL Headquarters in Naqoura, the change ceremony in Task Force ITALAIR (Italian helicopter component in Lebanon) between the transferring commander, pilot colonel Salvatore Jannella and the incoming colleague, pilot colonel Fabrizio Barone.

In the eight months under the command of Colonel Jannella, the Task Force ITALAIR carried out 776 missions for about 569 flight hours, transported 3114 passengers, carried out 4 CASEVACs (casualty evacuation - evacuation of injured persons) and conducted various joint activities with the multinational contingents deployed in the Operations Area.

La Task Force ITALAIR, made up of personnel from the Italian Army, the Navy and the Air Force employs AB212 rotary wing aircraft, provides continuous air support to the UNIFIL mission even outside the area of ​​responsibility. 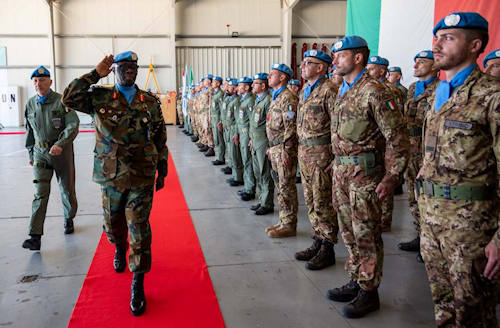 It carries out tasks of:

- patrolling of the Blue Line,

- transport of troops and goods.

ITALAIR, present in Lebanon since 3 July 1979 under the name ITALAIR helicopter squadron, since 2006 and according to United Nations Resolution 1701 has been reorganized and named as Task Force.

Since its arrival in the Land of the Cedars, it has conducted more than 53.000 flight hours, 1.300 medical evacuation missions, 183.500 passengers transported and handled 4 tons of cargo. 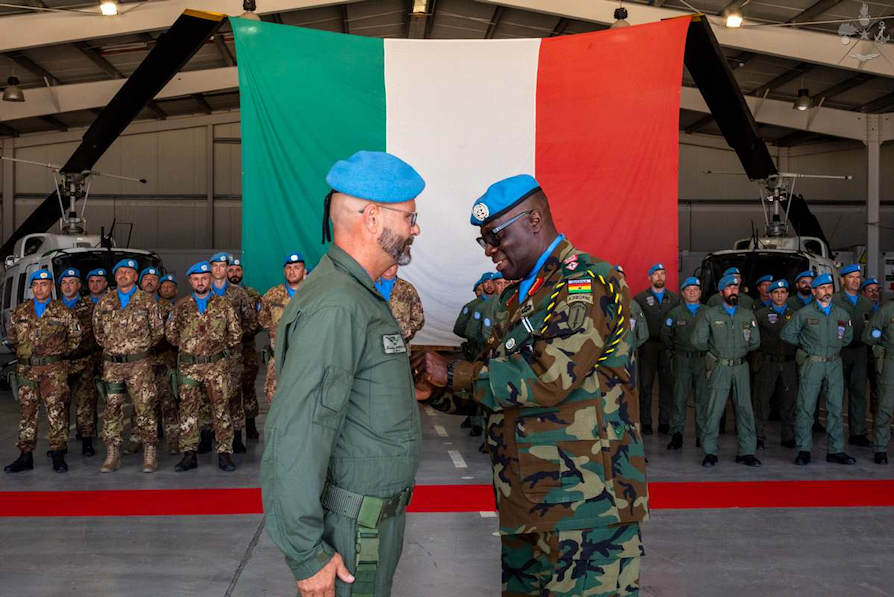 In the presence of the air squad general Nicola Lanza de Cristoforis, deputy commander of the Operational Command of ...
793
Read

On 19 May, the European Multi Mission Frigate Carlo Bergamini received a distress call from the ...
1009
Read