Home News armed forces Missions Change at the top of IT NCC AIR ... 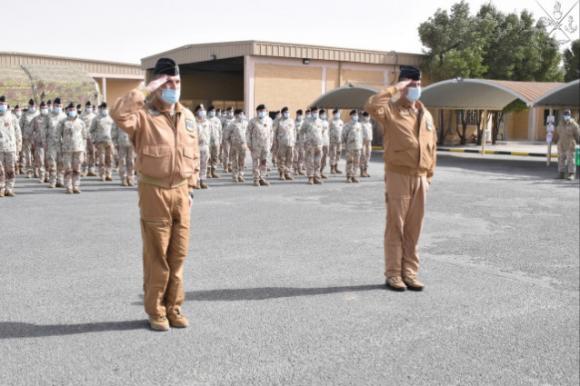 At the ceremony, chaired by the operations department head of the Interoperable Summit Operations Command general of air division Luigi Del Bene, attended by the Italian ambassador to Kuwait Carlo Baldocci, the apostolic nuncio Msgr. Eugene Martin Nugent, the military attaché for Defense in Kuwait, Colonel Salvatore Ferrara and a large representation of the partners of the coalition leading the “Inherent Resolve” operation and of the host nation.

Colonel Antonio Vivolo in his farewell speech thanked the authorities who intervened and addressed all the personnel deployed, congratulating him on "Having managed to honor his request", made during the inauguration speech, "To work as protagonists, or as real fighters in every situation".

Under his mandate, in fact, he managed to manage the available resources, in terms of personnel and assets, not only in Inherent Resolve, but also in contingent situations, such as the operation Eagle Omnia, resolving with authority and timeliness the continuous criticalities that have arisen in the air bridge between Afghanistan and Italy. 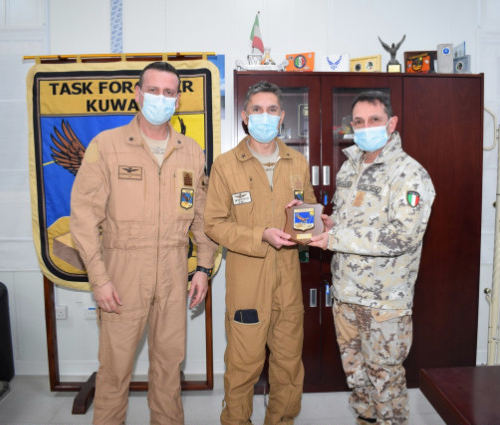 The col. Vivolo closed its speech with the wish addressed to the incoming commander to be able to achieve, with the full and unconditional support of the men and women of IT NCC Air, increasingly ambitious objectives.

In his inauguration speech, col. Federico Pellegrini, after thanking the distinguished guests who attended, expressed great pride and a deep sense of gratitude "At the top of the Armed Force for the trust placed in me with the conferral of this important position of Command outside the National Borders", he then congratulated the outgoing commander for the excellent results achieved by the IT NCC AIR and addressing the military authorities present in the breakfast countries, he guaranteed continuity and full availability in a climate of growing support and evolution of international cooperation in compliance with the mission assigned.

He then addressed the contingent's personnel, underlining how his command action will tend "primarily to allow the contingent to operate in the best possible conditions, inspired by the founding values ​​of the Oath, such as loyalty, service, discipline and honor".

The ceremony ended with a greeting address from Air Division General Luigi Del Bene who, on behalf of the Interoperable Summit Operations Command, superordinate body of IT NCC AIR - TasK Force Air Kuwait thanked the authorities, guests and representatives of the Host Nation and of the coalition for the support, the support and the great closeness shown daily towards the Italian contingent, especially in periods of intense operational and emergency activity, in reference to the persistence of the pandemic crisis for Covid-19 and above all the joint intervention of the Coalition countries in the “Aquila Omnia” operation.

The frigate Carlo Bergamini returned to Taranto on 2 July at the end of a long period of assignment ...
226
Read