Antarctica: the Armed Forces participate in the 37th Arctic expedition 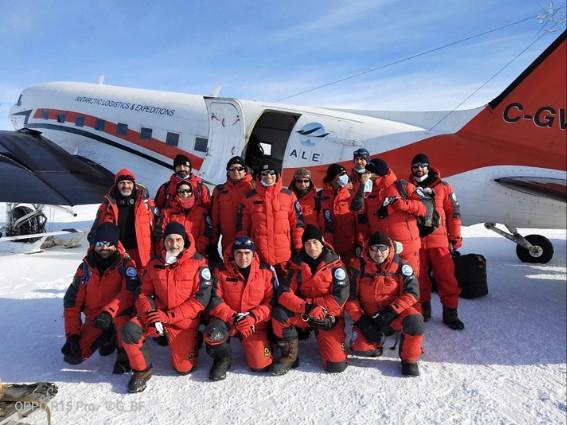 18 Italian soldiers from the Army, Navy, Air Force and Arma dei Carabinieri take part in the 2021-22 summer campaign which will last 4 months. The mission will see the participation of 220 technicians and researchers in the field, engaged in over 50 research projects at the “Mario Zucchelli” and “Concordia” stations, on the Italian oceanographic research ship “Laura Bassi” and at some foreign bases.

In addition, a C-130J aircraft of the 46th Air Force Air Brigade, with crews trained to operate in extreme climatic and environmental conditions, in this specific case on icy runways (landing on the pack), will make the connections between Christchurch (New Zealand), the Italian MZS base and the American one in McMurdo, ensuring the transport of passengers and materials according to the needs represented by ENEA.

40 AMI soldiers based in Christchurch will be employed to support this operation.

The Defense specialists, within the specific competences of the Armed Force to which they belong, will support the PNRA for external activities and remote fields, for naval and underwater activities, for weather forecasts and for the planning and safe execution of helicopter and aircraft operations contributing to the achievement of the expedition's objectives.

Since 1985 Italy has been present in Antarctica with its own Scientific Program called "National Research Program in Antarctica (PNRA)". The program is structured according to the following interdisciplinary research themes and is defined by the National Scientific Commission for Antarctica (CSNA):

In the presence of the air squad general Nicola Lanza de Cristoforis, deputy commander of the Operational Command of ...
793
Read

On 19 May, the European Multi Mission Frigate Carlo Bergamini received a distress call from the ...
1009
Read