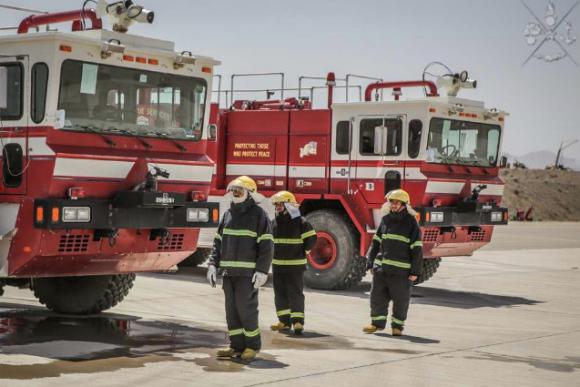 As part of the ongoing activities for the development of the NATO mission closure plan Resolute Support, ended in Herat on workshop virtual, carried out in videoconference, to face the delicate process of handover of the Camp Arena Base and Herat Airport between the Herat Command and the main Afghan local and government interlocutors.

During the virtual meetings there were further representatives of the Afghan Ministry of Defense and the Afghan Civil Aviation Authority as well as the Afghan General Aimal Padshash as government delegate for thehandover of Herat.

Il workshop had the objective of supporting the Afghan interlocutors in taking over the management of the Herat base and airport and in overcoming possible critical issues regarding airport services and the safety of the infrastructure. Numerous aspects of interest to the Afghan government (GIRoA) were investigated in order to develop all the necessary organizational, procedural and financial arrangements as well as a series of agreements to be followed during the period of shared use of the Herat Airport which will start from the day in which the companies contracted by the NATO Support and Procurement Agency (NSPA) will terminate the provision of airport services on the day of the definitive return of the Italian contingent.

During this period, the Air Force personnel assigned to the Joint Air Task Force of Herat, side by side with the Afghan staff trained so far, will manage the Herat Airport during the return operation of the national contingent.

On the final day of the workshop, the staff of the fire-fighting service of the Air Force Afghani from Herat demonstrated its capabilities, using the “Oshkosh” fire fighting vehicles in order to test their level of technical efficiency and to assess the level of training and preparation for the conduct of airport services.

During this familiarization activity, an important meeting was also held between local leaders and the commander of the contingent, gen. Beniamino Vergori, to share the salient phases of the process of handover and evaluate critical issues and solutions, in view of the next transfer of responsibility.

Herat Airport is the fourth largest airport hub in the country and supports the economic development of the western region of Afghanistan as well as the Afghan security and defense forces.

The frigate Carlo Bergamini returned to Taranto on 2 July at the end of a long period of assignment ...
228
Read