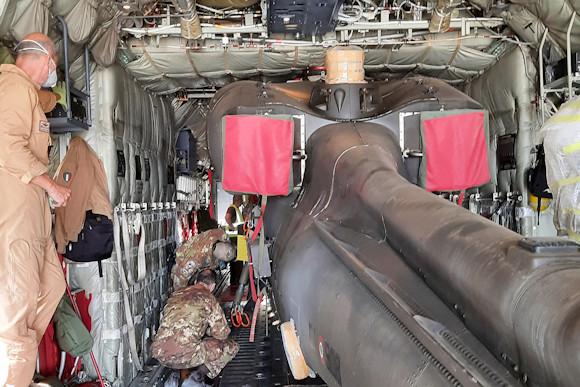 Herat: the maintenance technicians of the Task Group Fenice of TAAC-W have successfully completed the delicate operation of alternating an A129 "Mangusta" which, at the end of its operating cycle, equal to about 300 hours flown in the Afghan Theater, was reconditioned and boarded on board an aircraft C-130J of the Italian Air Force.

In its place, from the same plane, a new A129 was landed from the 3rd aviation support regiment of the “Aquila” army, which represents the Technical Logistics Pole (PTL) of reference for the A129 component.

In the coming days, the maintenance technicians of the TG Fenice they will be assiduously engaged in the reconditioning of the helicopter that has just arrived at the Theater.

An operation of extreme precision that involves the reassembly of the numerous components that had previously been disassembled to allow the helicopter to reach its minimum dimensions in order to allow loading on board the aircraft.

At the end of this delicate reconditioning, a special test flight will be conducted, which will sanction the operation of the aircraft and with it the restoration of the full efficiency of the fleet in the Theater.

The entire operation of alternation between the two helicopters was made possible thanks to the excellent cooperation between the TG technicians Fenice and the staff of the Air Force JATF, whose collaboration, which began several days before loading, was fundamental for the correct logistic and document management of the entire process, as well as for the handling of all the materials involved.

This synergy thus allowed the entire helicopter replacement operation to be carried out quickly, safely and in compliance with the regulations related to the Covid-19 emergency.

The A129 represents a fundamental set-up of the TAAC-W HQ as a measure of Force Protection, able to contribute to the security of the contingent, and is constantly used both as an escort to the NH90 during the medical evacuation of injured personnel (MED-EVAC) and in the complex search and rescue operations of isolated personnel (Personnel Recovery). favor of the Coalition forces.

Il Train Advise Assist Command West (TAAC-W) is within the scope of the mission Resolute Support of NATO, an Italian-led multinational unit, based on a paratrooper brigade thunderbolt under the command of Brigadier General Beniamino Vergori and works with the aim of contributing to training, assistance and advice for the Afghan security forces in the western region of the country. 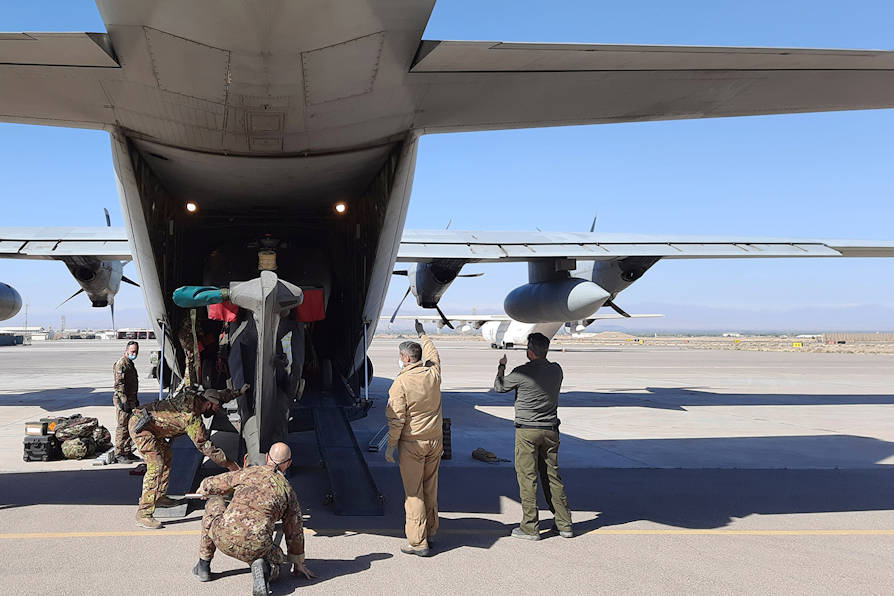 The units of the Regional Command West, framed under the Piedmont Cavalry regiment (2nd) of the Army ...
165
Read

Nave Thaon di Revel, the last ship delivered to the Navy, left on 12 August from the port of La Spezia to ...
1937
Read

With the return respectively to the ports of La Spezia and Taranto, Nave Vulcano, under command of ship captain Alberto ...
679
Read