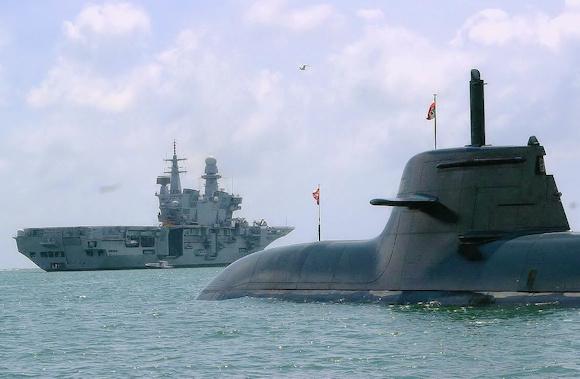 The third millennium has opened, as already foreseen, with serious geopolitical crises whose effects have begun to touch everyday life. The factor of complexity has worsened due to the rapid changes in social dynamics, exacerbated by the effects of globalization which have burdened the social divider between industrialized and less developed countries.

The transition from bipolarity to a growing multipolarity suggests that the future will be studded with crisis situations for which it is increasingly difficult to find unique solutions. We could say that the only viable solution is to maintain a certain fluidity, always pragmatically facing both internal and external situations. The old saying it's nice to dream but sometimes we have to wake up fits perfectly in this third millennium.

It goes without saying that in such a context, the FF.AA. they had to face an internal revolution in the concept of development and employment of assigned forces. One of the most obvious factors was the finding, in a vision for a long time land centric, that everything that surrounds us revolves around the sea universe. According to the European Environment Agency almost 90% of trade in goods with non-EU countries takes place by sea, and this makes us heavily dependent on goods imported from the rest of the world.

Although the risks associated with crime at sea have increased, shipping is still considered the cheapest and most effective mode of transport for moving goods worldwide. A rapidly growing sector that requires increasingly educated professionals and workers to operate in the maritime environment. Without false rhetoric, now more than ever the importance of maritime life as the very root of our civilization is understood worldwide. This is particularly important for our country, which has always been projected into the sea where it has always found opportunities for political, commercial, cultural and economic growth.

A deep bond with the sea that we find in our history, which has conditioned the strategic choices but also the economic policies of the pre-unification states, becoming the architect rather than an instrument of the progress of our country. It is therefore undeniable that the destiny of our country is inextricably linked to its maritime vocation, which is expressed in that set of values ​​that are based on a maritime sovereignty that goes beyond our territorial waters but extends wherever it is necessary to bring our presence to defend national interests.

The use of sovereignty is often seen as a negative expression (although present in article 1 of our Italian Constitution) but in this case it wants to underline the need to guarantee that all national resources are put in a condition to progress, preserved and protected by a military structure consistent with the politically assigned missions.

This means that the Navy must be able to extend the control of the sea routes even beyond our seas, beyond the Mediterranean, going into the most distant oceans, or in those areas of economic interest used by national merchant traffic adequately protected from risks emerging from an increasingly geopolitically risky world.

A question we must ask ourselves is whether the Italian aeronaval instrument is sufficient for these purposes. In order to fully answer it, one must understand how military needs are determined. The construction of new armaments is not based on the wishes of military leaders but arises from a continuous multidisciplinary analysis of the needs deriving from possible threats to national security, always understood in a broad sense. Therefore, it is not a question of acquiring weapons for possible war purposes but of harmonizing the available resources, identifying capacity shortcomings and foreseeing naval air units capable of being able to operate beyond the waters of normal jurisdiction on Government directives.

Overcoming the geostrategic context of the Enlarged Mediterranean, our units will therefore have to be ready to be able to operate in distant scenarios of high merchant maritime traffic such as the new Arctic routes and the now well-known Asian routes to protect the SLOCs. In other words with the use of naval units from the Atlantic Ocean to the Pacific.

The development of new ships takes into account these factors:

• Conceivable threat and provision of adequate weapon systems: The threat is deduced at ministerial level from national intelligence (open and otherwise) or shared by the Allies. In simple words, from the analysis of the threat derive the needs that are compared with the current availability but also projected in the medium and long term. From the equation need vs availability capacitive deficits emerge. These deficits (internationally defined as "shortfalls") are in turn analyzed to identify feasible solutions according to the principle of efficiency and associated costs.

Thus projects are born for new weapon systems in the 4 domains (air, surface, underwater and cyber) which, I stress, are evaluated on their effectiveness and not on the number available on board. In technical terms we speak of war capacity that has nothing to do with the old and now abandoned historical subdivision of minor units (corvettes, patrol boats) and major units (destroyers, cruisers, aircraft carriers).

The ability in the information field is considered fundamental, specifically in the C4ISR. In recent years, in order to harmonize needs, the possibility of a "dual" use of surface platforms has been considered in some sectors, combining military needs with those of other State administrations (ie civil protection), a task in which the armed forces have always been involved.

Returning to war capacity, in the context of armaments planning, particular attention is also given to ammunition which, with the same caliber, has proven to make a difference. Each weapon system is therefore developed according to a lifecycle which includes future capability upgrades.

• Ability to operate even for long periods outside national waters: The main problem is the logistical support which must be ensured on an ongoing basis in order not to undermine the global capability of the deployed naval group. Overcoming the minimalist theory (the metric cost of the iron is minimal compared to that of the embarked systems) has correctly led to the development of larger units necessary not so much for the quality of life of the crew but for the increase in logistics capacity of deposits and to allow greater flexibility of use.

• C4ISR capabilities suitable for long duration operations: Information Technology allows for informational, decision-making and executive superiority on the battlefield, preponderant over simple weapon systems. The birth of Centers of Excellence in the fields of Information and Communications Technology and Modeling & Simulation has made it possible to develop advanced programs with the help of Universities which have given important results for a greater defensive capacity of naval units. This educational process is twofold in that the descending advantages for the Armed Forces are added important repercussions towards the world of research and industry.

• Reduced logistical needs: Long periods away from bases of normal jurisdiction involve the creation of a flexible and agile remote support logistics network. However, it is necessary to reduce the requirements on board. Smaller crews, advanced automation, greater availability of space on board for materials and fuels are just some of the aspects that must be considered for the development of new naval units. This results in an increase in capacity expeditionary which has proved essential in recent decades.

• Integration and standardization with allied units: Since the last years of the last century, NATO has started programs of standardization of both materials and procedures. The results have made it possible to create absolutely integrated and functional multinational naval groups. This is particularly significant in the air-naval cooperation both with the US, British and French aircraft carrier groups and in the use of units engaged in anti-piracy constabulary tasks, contrast to illegal trafficking, anti-terrorism and ordnance clearance of maritime areas of strategic interest, in particular way of those crossed by strategic submarine pipelines. A task that the Armed Forces can carry out thanks to the quality of the men and women in service, subjected to a continuous education that distinguishes them on the occasions of meeting with the other allied navies. The keyword is therefore continuous education and renewal of architecture.

In summary, in the third millennium, it will be necessary to continue the shipbuilding policy, already started in recent years, to adapt the naval team over time to new needs.

It will therefore be essential to continue the collaborative relationship with the industrial world for the optimization of resources in order to be ready to face the challenges of the third millennium.

On Friday 27 January, the visit of the Undersecretary of State for Defense Dr. Matteo Perego of Cremnago took place...
701
Read