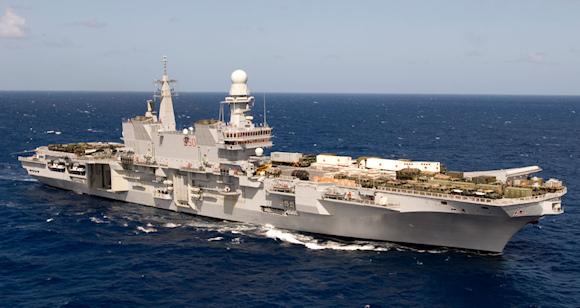 It was January 12, 2010, 12 years ago, when a tragic 7.0 magnitude earthquake shook the small community on the island of Haiti.

The international community quickly organized and Italy did its part by establishing a joint humanitarian mission with the name of "White Crane" which saw the departure of the aircraft carrier under the command of the Navy. Cavour from La Spezia to the island.

The next morning the whole world learned of the terrible disaster. Thousands of people - over 200 was the final toll - had lost their lives in one of the most devastating seismic events in history that swept away cities and villages, roads and communication routes, leaving only mud, rubble and desolation to emerge.

The aircraft carrier Cavour set sail exactly 6 days after the terrible event proving the Italian will to help the local population already marked by an atavistic poverty, who found themselves after that terrible shock, emotionally and economically on their knees: between sufferers to bury and structures to rebuild. 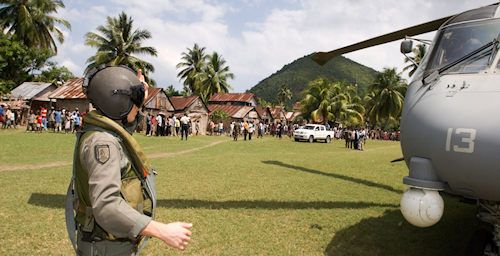 With its structural characteristics that allow it to embark up to 1200 men and 20 aircraft, Nave Cavour it can house vehicles, amphibious vehicles and materials in its hangar; the aircraft carrier also has 2 medical clinics, 2 operating theaters, one for resuscitation, one for radiology, one for treating burns, 8 beds for intensive care, an analysis laboratory and a dental laboratory, facilities that have proved indispensable.

Operation "White Crane" represented Nave's operational baptism Cavour which raised anchors for the first time in its history towards a humanitarian assistance and civil protection operation, a function made possible thanks to its incontrovertible versatility of use. With its 245 meters in length and 27 thousand tons of weight, it embarked a national joint force device of over 800 people, trucks, medical equipment and 6 medium helicopters, proceeding at a navigation speed exceeding 27 knots, to cross the Atlantic and reach Port-au-Prince, the Haitian capital, in the shortest possible time.

The "White Crane" task force was made up of personnel from all the Armed Forces with the support of the Italian Red Cross, personnel from the Civil Protection and Fire Brigade Department, a pool of volunteer doctors from Ares Marche and the GCU Pisa, Regional officials and local support staff. Staff from the Francesca Rava NPH Italia Onlus foundation and a team of surgeons and nurses from Operation Smile Italia also participated in the Italian mission, thus starting an important and lasting collaboration with the Navy. 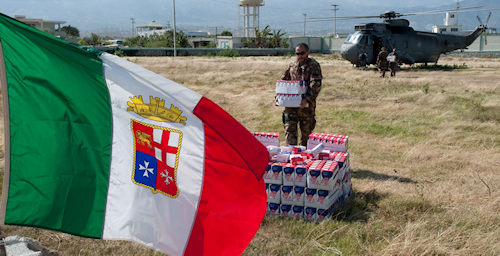 Aboard Cavour There was also a Brazilian contingent made up of 76 people: 45 units of the Carioca Navy and 31 units of the integrated medical team, as well as 2 helicopters. An inter-force and international contingent, therefore, an expression of a shared solid will to support a severely tried and suffering country.

After nearly three months of mission and 14.824 miles traveled (for a total of 1900 engine hours) On April 14, 2010 Nave Cavour he returned to Italy, in the port of Civitavecchia, welcomed by the applause and the presence of the Italian political and military authorities.

12 years after that tragic event, the key to success in the field was the extraordinary ability to project at a great distance from the mother country of valuable skills, in short, nature. "Expeditionary" characteristic of the Navy, which allowed to act quickly and independently, to arrive among the first on the spot and to be able to operate immediately.

In addition to clarity, professionalism and humanity, the women and men who made up that historic crew drew inspiration from the motto "In arduis servare mentem" to work with an undisturbed soul even in difficulties and to act quickly to save and help as many human lives as possible.

Yesterday, 25 June 2022, the Luigi Rizzo frigate returned to La Spezia at the end of its operational commitment in the ...
67
Read

On June 17, 2022, the salutation of the brigade took place at the forecourt of the E. Carlotto barracks in Brindisi ...
470
Read

Do you swear it? I swear!!! After more than two and a half years, the majestic scream of the VFP1 students of Mariscuola La Maddalena ...
345
Read

The multinational exercise ADRION 10 ended on Friday 22 June, after six days of activity. Among the navies ...
541
Read

Exactly four months after the start of production on 11 January, at the factory ...
42844
Read